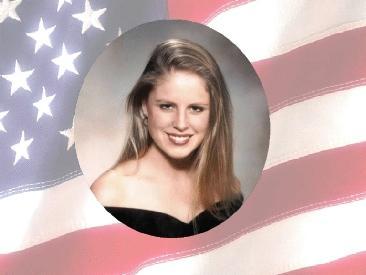 Jen was a beautiful young woman whose work as a certified public accountant took her to amazing heights. She was a devoted daughter and sister who traveled the world on business but always found time to visit with her family. She was a very close and loving daughter, family-oriented, sincere, gentle, and she touched everyone deeply.

Jen grew up in Plymouth along with her two brothers, Matt & Tim. She attended Plymouth elementary and intermediate schools and began Thayer Academy in the 8th grade and graduated in 1993. While at Thayer, Jen was an honor roll student and played soccer, lacrosse, and swimming at the varsity level. She was also involved in various extracurricular activities. She was a lifeguard at a camp in Plymouth and even saved a boy from drowning one summer. Jen made many close friends who remember her beautiful smile and ability to touch people.

After graduating from Thayer, Jen went on to Villanova University and earned a degree in accounting. She was a member of Kappa Kappa Gamma sorority, a dean’s list student and was active in community service. She became a CPA and went on to work for Marsh & McClellan on the 100th floor of the World Trade Center. Most days, Jen could look out the windows of her north tower office and see Central Park stretching beyond midtown Manhattan’s skyline.

One of Jen’s co-workers considered her the big sister that he never had, the mentor of all new employees and the person who wasn’t afraid to speak up for them with upper management. They often speak of Jennifer’s beautiful looks, and that admirers would somehow materialize whenever she was around. If not oblivious, she was certainly unaffected by the attention.

September 11th was the most horrible and tragic event in history. Jennifer was part of that history and will always be remembered as an American heroine.