This page, Joan Webster, is offered by 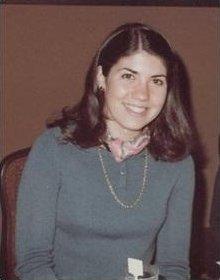 Joan Webster, 25, of Glen Ridge, New Jersey, flew from the Newark, New Jersey airport to Boston after a happy family Thanksgiving weekend. She was a second year architecture student at Harvard University Graduate School of Design. She was last seen at the baggage carrousel at Logan airport in Boston. Three days later, she was listed as missing and evidence of foul play began falling into place: her purse and wallet were found in a marsh in Saugus, MA, and her suitcase turned up in a Boston bus station locker.

In February 1983, through the combined effort of the Suffolk District Attorney’s Office and the report of a prison inmate’s bragging, it was learned that Joan had been raped and hit over the head. Joan’s body was found in April 1990 in a shallow grave in a wooded area in Hamilton, MA. Her skull showed trauma with a blunt instrument. While her case has never been prosecuted because of scanty witness information, her family believes that the murderer was convicted in another murder case.