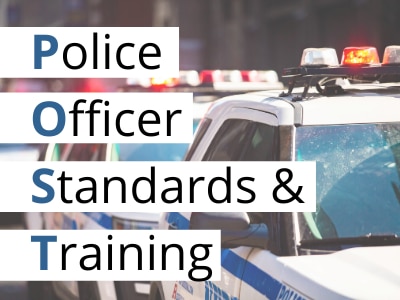 Last November, State Auditor Suzanne M. Bump’s Division of Local Mandates released a study that examined municipal police training in Massachusetts. The report lays out recommendations in the realms of accountability, training, facilities, and funding. One of the report’s solutions to bolster public safety, enhance accountability, and build public trust in municipal police officers is the establishment of a Police Officer Standards and Training (POST) system in Massachusetts.

Police Accountability in the Commonwealth

The study found that, while Massachusetts has one of the highest hourly requirements for in-service police training in the nation, at 40 hours annually, it has no mechanism to enforce these training requirements. This responsibility is instead left up to cities and towns. Bump’s study estimates that as many as 30 local police departments may not be meeting the Commonwealth’s in-service training requirement. The state board responsible for this training, the Municipal Police Training Committee (MPTC), does not yet have a mechanism to get reliable data from municipalities to build an accountability database.

Additionally, the study shows that Massachusetts is one of the few states in the nation that does not have a police licensure and certification process. The lack of such a system means there is no statewide mechanism to hold officers accountable for meeting professional and training standards. This makes it harder to ensure that a police officer that has been terminated (or resigned under pressure) from one city’s police department for abuse or violations of protocols is not hired in a different community. Massachusetts requires licensure for over 50 other trades and professions, such as barbers, plumbers, electricians, and doctors, but does not require it for police officers.

4 number of states without a POST-like system, including Massachusetts

To improve accountability, Bump calls for the establishment of a Police Officer Standards and Training (POST) system in Massachusetts. The establishment of a commission to detail such a system is one of the proposals included in the 10 point plan laid out by the Black and Latino Legislative Caucus and other elected officials of color last week. Massachusetts is one of just four states in the nation without a POST-like system. This system would set minimum training standards, regulate training programs and curricula, and set standards for maintenance of police licensure or certification. Such a system would also require departments to track fired and problematic officers to make sure they are not unknowingly hired when leaving one department for another in the same or a different state.

Surveys and conversations conducted by our office show overwhelming support for a POST system in Massachusetts.

Eighty-four percent of Bay State police chiefs surveyed by our office indicated they support establishing POST. Police chiefs who were supportive of a POST system believe that the system would increase uniformity, standardization, transparency, and professionalism within police training. Some police chiefs saw the potential for departmental oversight through POST, ensuring statewide compliance with minimum standards and clearly defined regulations.

We also found consistent support for Massachusetts becoming a POST state from conversations with stakeholders outside of law enforcement, such as legal advocates and academics.

At the time of our study, leadership within the Executive Office of Public Safety and Security had an internal working group examining the establishment of a POST system.