This page, Scott Monteiro, is offered by 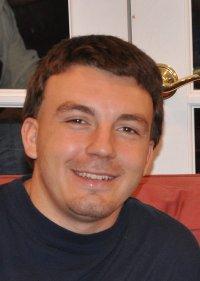 Today and everyday we honor our nephew, our brother, our Godson, our Godfather, our cousin, our boyfriend, our best friend, our friend, our grandson, our son, our “go to” person, Scott A. Monteiro Jr. Scotty was many things to a lot of people, all of them built on a foundation of love.

I remember when Scotty was born, what beautiful blonde curls he had, so adorable. Even as a baby, he was a big and strong. Just like his other Brothers and Sister, he was joined at the hip of his Mother as a baby. We would all have to wait for Scotty to start to walk and gain some independence before we were allowed to hold him and hug him. Scotty adored his older Sister Heather and cherished his younger Brothers Nicky, Stefan and Derek.

When Scotty was murdered just a tad over a year ago, my family was devastated. How could something like this happen to the nicest person in the World? Before hearing the whole story, we knew immediately that Scotty must have been trying to keep the peace when this happened. Scotty was always the peacekeeper. Witnesses and officials confirmed this is exactly what happened. Scotty was at a local, small town party. Hanging out with his girlfriend, Courtney and friends. Some uninvited guest showed up, gang members from New Bedford to the party. No one made waves and allowed them in. This small town party was not exciting enough for the city boys and they decided to leave. Before leaving they decided to rob a kid at the party of his necklace. Scotty stood up to be the peace keeper and stop it from happening and before he could get out more than “Hey”, the gang member shot him point blank in the head from just a few feet away. It was so senseless, so unjust, and so unbelievable.

The next couple of days were basically a blur, functioning on auto-pilot as we prepared for Scotty to be an organ donor, waiting for his Brother Nicky to arrive from the Marine’s basic training that he had just left less than a week ago to attend, preparing his funeral arrangements and all the other things you must do in the immediate days that follow.

We were basically in our own little cocoon. Friends contacted us to say they wanted to do a candlelight vigil at Onset gazebo for Scotty. They handled everything. When we got there, I was amazed at how many people were there. I was amazed at how many people Scotty had touched. Amazed of how Scotty’s murder had such an effect on our community. Scotty’s funeral was the biggest funeral Wareham had ever seen, there were thousands of people who came to show their respects for Scotty. During this time, I heard more and more stories about Scotty. Wonderful stories of how Scotty always brighten their day. How much they were going to miss his smile. How Scotty was the person they went to when things weren’t going well because he always knew what to say to make you feel better, even when he couldn’t make things better, he was still the one you wanted to be with in your trying times. We heard over and over again what a great kid Scotty was. How people of all ages and backgrounds had such wonderful things to say about Scotty. Some had known Scotty their whole lives and others might have had one brief encounter with Scotty. All of them had been touched by him. Scotty had this amazing affect on people. One meeting with Scotty and you knew he was a good kid. We had always known this but the outpouring of compliments for Scotty was so wonderful to hear, so validating, so reassuring. To see our entire community affected by Scotty’s murder was incredible.

It was shortly after this time, we realized he had to do something positive in honor of Scotty. We didn’t want Scotty’s death to be in vain. We wanted to stop violence so one else would ever have to go through the pain we were and still are going through. We decided to start the Scotty Monteiro Jr. Foundation to Stop The Violence. The Scotty Foundation’s (as those who were close to Scotty like to call it), mission is to Stop the Violence by educating our youth and community; it is to spread awareness about how violence affects people and communities. It is also to award scholarship to continuing education students who volunteer with the Scotty Foundation or a foundation similar to ours. It is also to help support the Onset Youth Center. We know together we can put an end to violence.

We honor Scotty in every action we take towards peace. Today we honor Scotty Monteiro Jr. in the Garden of Peace. We pray for his soul to rest and for all those grieving his death to find some peace here is this beautiful garden and their hearts