State Library Resources On Past and Current Massachusetts Political Figures 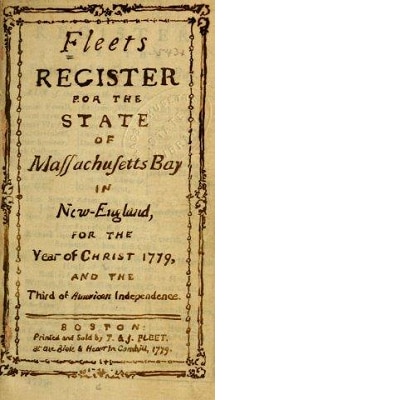 These registers and directories are an invaluable resource on early Massachusetts state and city/town elected offices and institutions. Among the wealth of state and local information they provide, researchers can find lists of state legislators and the districts they were serving during a particular year, lists of other state officials, lawyers, sheriffs, and even churches and ministers.

Check out the Library’s blog post for more information about this resource.

Researchers can keyword search the names of legislators in this collection, which contains over 520,000 documents. It’s a great way to see what types of legislation, reports, actions, and communications with which a particular state legislator was involved.

The most recent bills and House and Senate journals can be found on the General Court’s website.

This collection includes images from 448 loose photographs and 18 volumes that cover the years 1855 to 1908. The photographs are in a variety of formats and sizes, ranging from very small tintypes known as “gems,” to oversize collages.

Most portray individual state legislators and are housed in albums arranged by year.

Manuals for the General Court (1858-Current) 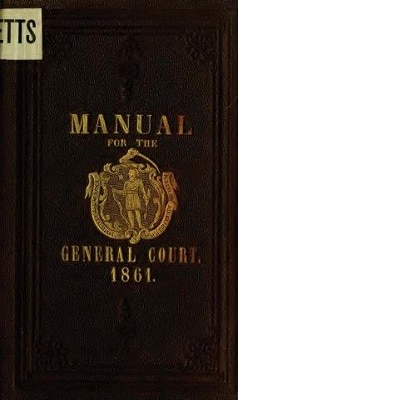 First issued in the early 19th century, this publication includes facts and figures about Massachusetts. It provides lists of cities and towns with their legislative district and respective representative and senator.

This resource is particularly useful for determining who served in a particular district or municipality. It also lists members of legislative committees, governor’s staff, judges, and county officials, as well as historical lists of justices, governors, senators, and other major office holders.

Public Officers of the Commonwealth (1885-Current)

This digitized collection contains portraits of, and biographical and political information about, Massachusetts state legislators.

These publications, dating back to 1885, include the Official Gazette, the Souvenir of Massachusetts Legislators and the Public Officers of the Commonwealth of Massachusetts, popularly known as “Bird Books.” The Souvenirs, published between 1892 and 1917, include photographs not only of legislators, but also of the Massachusetts State House and offices.

Online Guides to the Papers of Massachusetts State Legislators

Many state legislators have chosen to deposit their papers in the State Library. Detailed guides (a.k.a. finding aids) to these collections have been digitized and are available in the State Library's digital repository. They can provide researchers with information about a legislator’s personal and public life, as well as other activities with which he or she may have been involved.

Online Guides to Other Manuscript Collections

The State Library also has the papers and scrapbooks that cover the personal and professional lives of Executive Branch officials, as well as records for commissions and agencies.

These guides serve to provide contextual historical information as well as descriptions of what is contained in the collections.

Volumes published by the Secretary of the Commonwealth’s Elections Division that contain election statistics from 1890 through the last current statewide election cycle.

Data from 1970-present is also available in the Division’s PD43+ database.

Available On-site in the State Library

This card file contains basic biographical information such as years of service, political party (when available), education, occupation, birth and death dates, and other relevant information for all members of the General Court and Constitutional offices from 1780 to the present.

These volumes, which were published annually by the State House News Service, provided one-page summaries of members of the state legislature. The summaries include photographs, biographical and political information, and key role call votes. The volumes also include profiles of Executive Branch officials and the duties of their offices.

As of 2018, the Almanac has moved online to the State House News Service's website. Ask State Library Reference Staff about access.

Also known as Manuscripts 138 & 151, these collections contain questionnaires that were sent to, and filled out by, state legislators as an effort of the Boston Journal and former State Librarian Caleb Tillinghast, to collect biographical and political information about legislators for future research.

Check out the State Library’s blog post for more information about these two related and complementary collections.

The State Library’s Special Collections department holds the papers of former state legislators who have donated materials to the Library. These collections provide insight into the issues of the time and the day-to-day workings of legislative offices.

Included in the collections are correspondence, research materials, and working papers. Collections often focus on significant pieces of legislation and issues of particular concern to a legislator.

The finding aids to these collections have been digitized and are available in the State Library's digital repository. State Library Special Collections staff can assist researchers with access to the physical collections while on-site.

The collection is based on one compiled by Ellen Mudge Burrill (1872-1937), author of a number of guides to the State House. There have been numerous additions to the collection and State Library staff continually adds new materials.

Other Resources in the Library's Collections

Leading the way: a history of the Massachusetts General Court, 1629-1980

Published by the Massachusetts Secretary of State, this resource contains brief biographies of Senate Presidents and House Speakers.

Legislators of the Massachusetts General Court, 1691-1780: a biographical dictionary

This book provides short biographical entries for Massachusetts legislators from 1691-1780.

Search the Library’s online catalog for biographies and autobiographies about Massachusetts political figures.

PD43+: A database maintained by the Secretary of the Commonwealth’s Elections Division that provides election statistics and candidate information beginning in 1970 up through the current year.

Historical data back to 1890 can be found in the Library’s PD43 collection.