offered by
Division of Fisheries and Wildlife
News

As part of ongoing efforts to support Governor Baker’s Executive Order on Climate Change, and to implement the Global Warming Solutions Act, the Division of Fisheries and Wildlife (MassWildlife) recently completed a detailed accounting of carbon storage and carbon release on state Wildlife Management Areas (WMA). The results from this carbon budget analysis showed that the amount of carbon released during selective tree clearing carried out during habitat management projects is a tiny fraction of carbon storage gained by tree and plant growth on the agency’s 170,000 acres of forested WMAs. Conducting habitat management provides a vital boost to rare and dwindling animals and plants that rely on open habitats, and allows MassWildlife to fulfill its mission. “MassWildlife is proud to incorporate climate change adaptation and mitigation principles into its mission to conserve biological diversity in Massachusetts,” says John Scanlon, MassWildlife’s Habitat Program Leader. “We are able to manage habitat for all kinds of wildlife while substantially contributing to carbon sequestration in Massachusetts.”

MassWildlife protects and manages over 220,000 acres of wildlife lands, including WMAs and Wildlife Conservation Easements, across the state for wildlife to thrive and for people to enjoy. The agency is recognized as a national leader in incorporating climate change adaptation and mitigation principles into its statewide wildlife conservation mission. Climate change is driven by increased concentrations of greenhouse gases, mainly carbon dioxide, in the atmosphere. As they grow, trees and other forest plants help reduce greenhouse gases by storing large amounts of carbon in wood, root systems, and soils. MassWildlife is committed to managing the vast majority of its land as forest and recognizes that every acre the agency and its conservation partners permanently protect from development contributes to climate change mitigation efforts.

Scanlon says that the agency’s habitat management activities are critical for rare and declining wildlife such as whip-poor-will, New England cottontail, and a variety of butterflies and moths. “Forest cutting also directly benefits game species like ruffed grouse and American woodcock. At the same time, we are doing our part to store carbon.” Scanlon notes that MassWildlife is currently working to calculate carbon storage and release measurements on its Wildlife Conservation Easement lands.

Learn more about carbon storage on MassWildlife lands.
Learn about how MassWildlife manages lands for the benefit of wildlife and people. 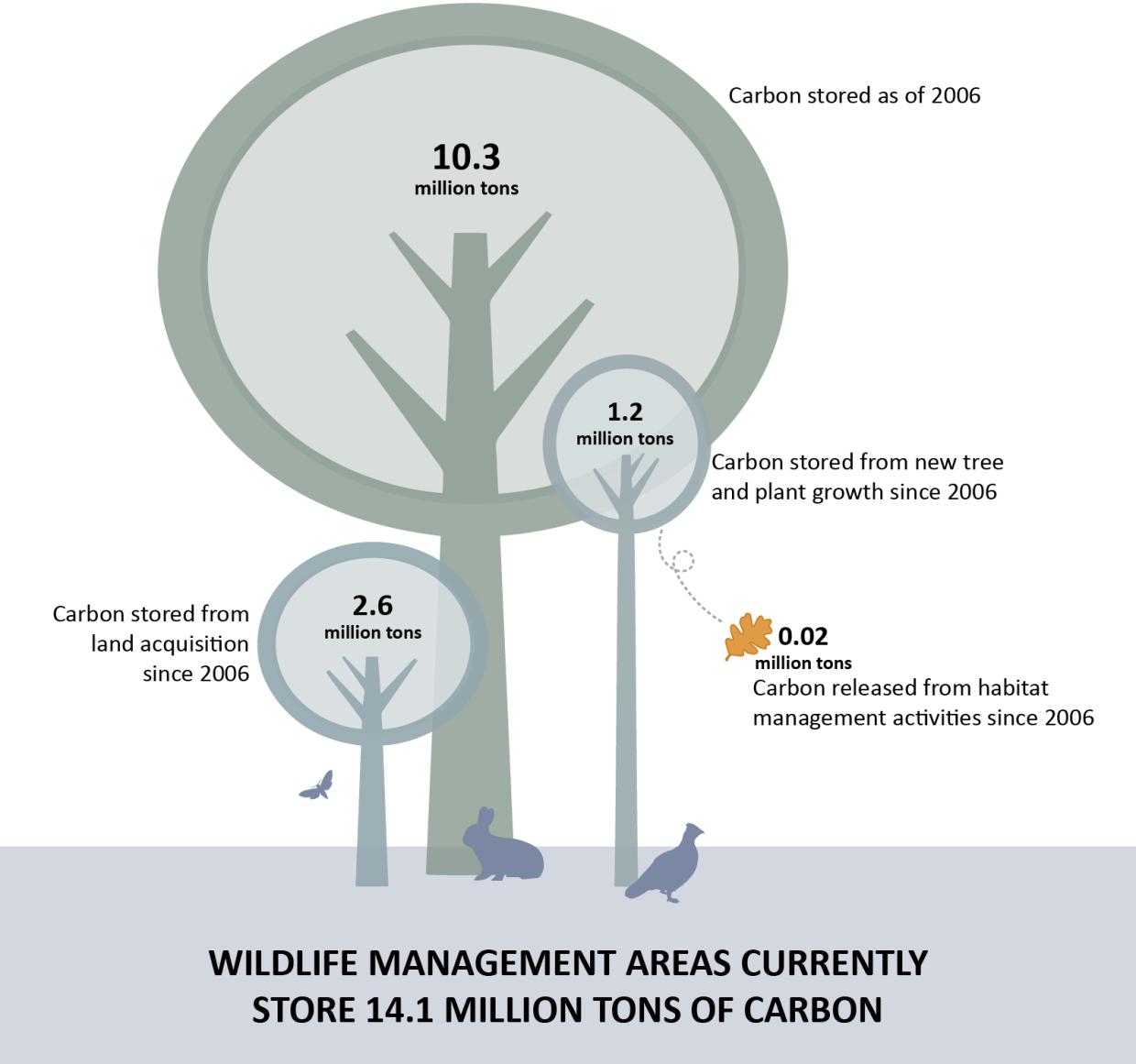