This page, Barred Owl Rescued from Fireplace, is offered by
News

MassWildlife helped rescue a barred owl from a homeowner's fireplace in February. This barred owl may have been looking for a cavity to nest in when it found itself in a chimney with no easy escape.

In early February, MassWildlife received a call from a Bolton homeowner with an interesting predicament. A barred owl had found its way into the chimney and was now sitting in the fireplace. Fortunately, MassWildlife Central District Manager Todd Olanyk was able to assist, carefully removing the owl from the fireplace and examining it for injuries before releasing it outside, where it quickly flew off.

If you’re wondering why a barred owl would be attracted to a chimney, a look at their life history might give a clue. From February through May, barred owls across Massachusetts begin laying eggs. Barred owls do not build their own nests. They are cavity nesters, meaning they typically will select a hollow tree or use the nest of a hawk or squirrel to lay their eggs. This particular barred owl might have been looking for a cavity to nest when it found itself in a chimney with no easy escape. MassWildlife has also received reports of this occurring with other cavity-nesting birds like American kestrels and mergansers.

To help prevent wild animals like birds, bats, raccoons, or squirrels from entering your home, MassWildlife recommends placing a metal cap with a screen on your chimney. If you find injured wildlife, you can find a list of licensed wildlife rehabilitators on MassWildlife's website. 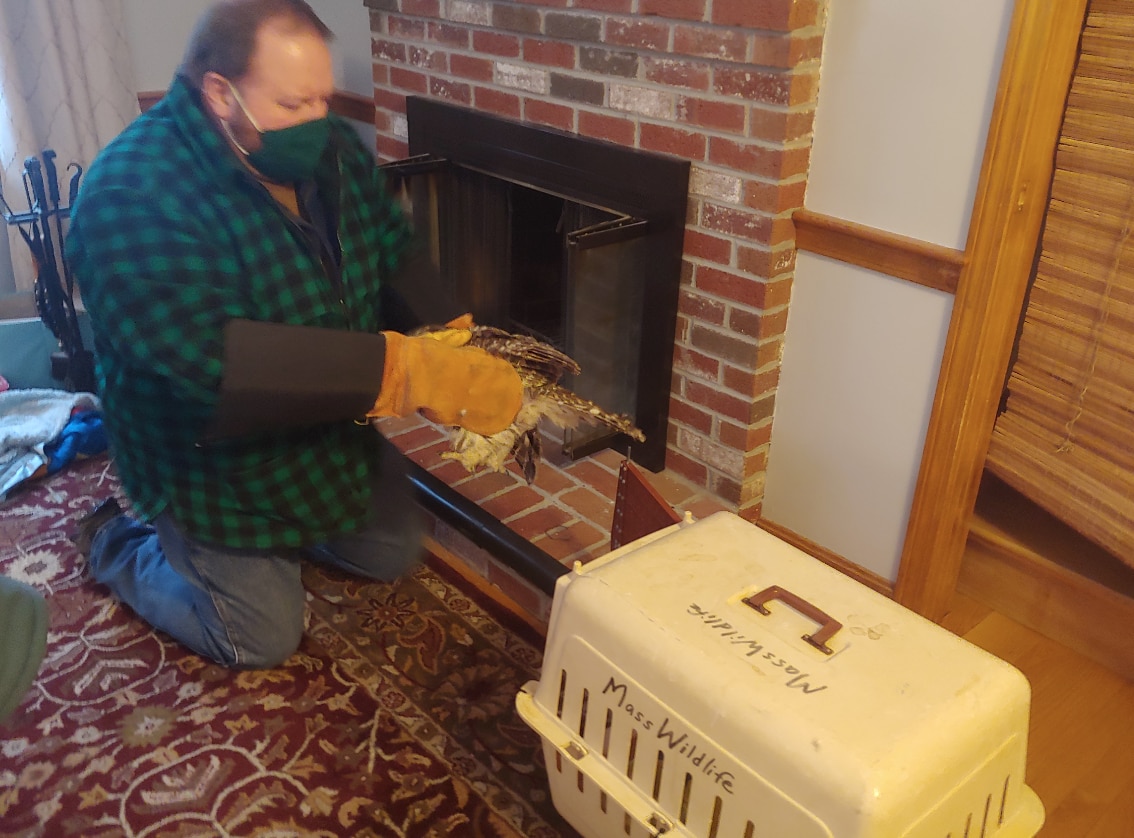