MassWildlife is proposing to extend the archery deer season in eastern Massachusetts. Due to the forecasted storm, the public hearing originally scheduled for March 7 has been rescheduled for April 10.

Rescheduled — Due to the forecasted storm, the March 7 public hearing to extend the archery deer season in eastern Massachusetts has been rescheduled for April 10 at 7 p.m. at the MassWildlife Field Headquarters, 1 Rabbit Hill Road, Westborough, MA. Read more.

The proposal is to open the archery deer season two weeks early in eastern Massachusetts (Wildlife Management Zones 10–14). Click here to find more information about the public hearing, learn how to provide a public comment, and read proposed regulatory language.

Public comments by e-mail may be sent to Susan.Sacco@mass.gov, Attn: Fisheries & Wildlife Board. 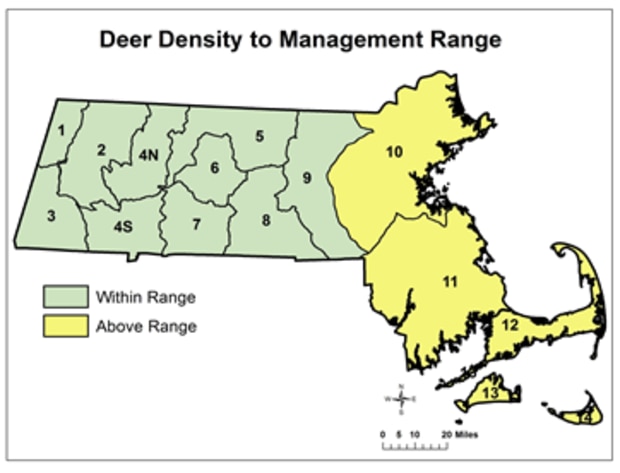