This page, LEADING THE TRANSITION FROM EDUCATION TO EMPLOYMENT: THE MAYANNE MACDONALD-BRIGGS STORY, is offered by
News

News LEADING THE TRANSITION FROM EDUCATION TO EMPLOYMENT: THE MAYANNE MACDONALD-BRIGGS STORY

Mayanne MacDonald-Briggs of Dedham is a Vocational Rehabilitation (VR) Counselor for Massachusetts Commission for the Blind (MCB) serving individuals in in the northeast and metro-west regions, regions 3 and 4 respectively, which include large cities and towns such as Lawrence, Lowell, Framingham and Needham. Prior to employment at MCB, Mayanne taught at Perkins School for the Blind in a program for children who are Deafblind, and consequently worked with children who are Deafblind with multiple disabilities in an integrated preschool in Sharon. She also served as a Teacher for the Visually Impaired (TVI) at Carroll Center for the Blind for 16 years prior to serving for four years as the Assistant Director of Education Services. Mayanne is a graduate of Boston College with degrees in education and counseling. 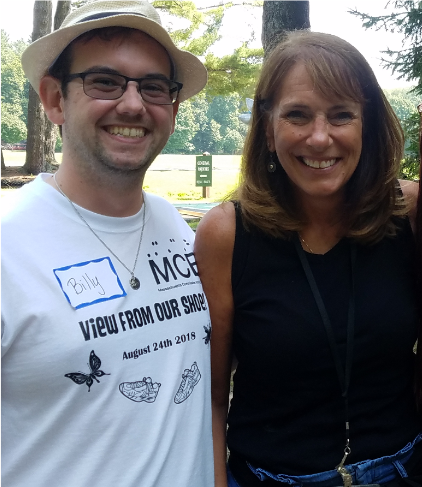 Due to her many years of experience, Mayanne has longstanding connections with individuals in the blindness community in the greater Boston area. She knew Alan White of MCB who served for 39 years at MCB, most recently as the Regional Director for Region 4. One year, Alan called Mayanne and asked if she would lead a panel presentation for the annual “Focus” on Vision Impairment and Blindness Conference. She said "yes" and learned of open positions at MCB created by the WIOA or Workforce Innovation and Opportunity Act, legislation that supports programs aimed at developing employment outcomes.

In 2016, Mayanne was hired as a VR Counselor at MCB to work with individuals who qualify for Pre-employment Transition Services (Pre-ETS) on required topics including job exploration counseling, work-based learning experiences, counseling on opportunities for enrollment in comprehensive transition or postsecondary educational programs, workplace readiness training to develop social skills and independent living, and instruction in self-advocacy. This group includes individuals who are ages 14 thru 22.

“I’ve always enjoyed middle and high school kids as a TVI, and I enjoy the age range so much at MCB because they are constantly growing and maturing emotionally,” said Mayanne. “Watching them spread their wings is a gift.”

Mayanne works closely with individuals, but she also says that families, parents, and caregivers play a critical role in career outcomes.

“The key to individual success is the family,” said Mayanne. “I work with entire families, not just the child, to build trust and relationships before we move on to programs.”

One child who previously worked with Mayanne is Charlie Richards of Framingham. Charlie and his mother, Laura Richards, were recently featured in MCB’s What’s Your Vision? PSA to encourage other children who are blind and visually impaired to create employment goals and visions for their future in the workplace.

"Every time I would meet or talk with Mayanne my employment goals became more clear," said Charlie. "She was always encouraging and helped me see the big picture and figure out the direction I needed to go in order to achieve my goals. Mayanne was always in my corner during IEP meetings in high school. We got along really well, and it was always a privilege and honor to work with her." 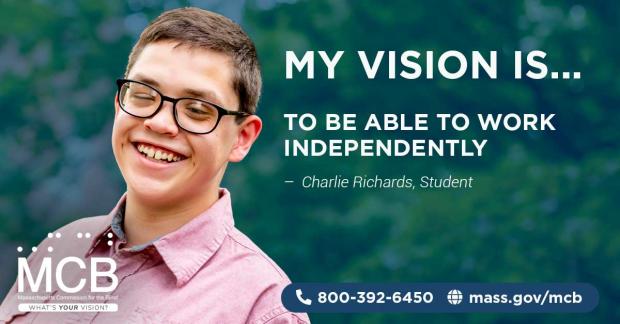 "Mayanne has always seen the possibilities for Charlie and encouraged him to broaden his horizons," said Laura Richards. "When Charlie made a pretty drastic change in direction after his acceptance to college, Mayanne didn't miss a beat. She understood and changed his goals to reflect his educational and career switch which normally might have been a really challenging situation. She took it in stride and was excited that he was following his passions. We really enjoyed working with Mayanne and consider her an extended member of the family."

“When I got Charlie on my caseload, on paper, his diagnosis implied that he wouldn’t achieve very much,” explained Mayanne. “However, look at him now! Needs change over time, and we really have to look at every single kid individually and say that you can do this, you can work!” 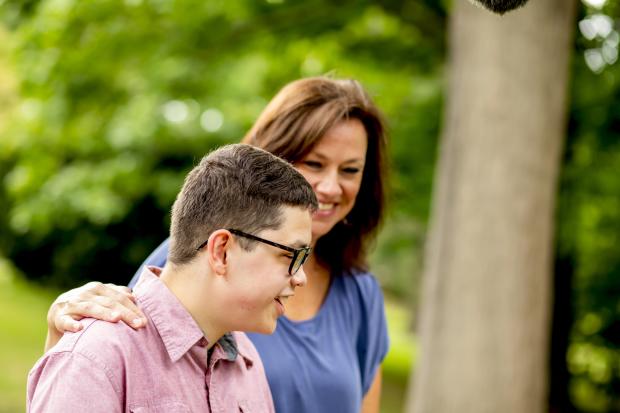 Mayanne recognizes that many partners play a part in the success of students and individuals like Charlie. She is committed to growing partnerships to ensure individuals receive programming throughout the year and works closely with The Polus Center for Social and Economic Development as well as Perkins Outreach and Carroll Center for the Blind.

“I can’t say enough about the importance of partnerships to meet current and future needs of individual students…this is a life cycle approach,” said Mayanne.

Many of Mayanne’s colleagues at MCB are grateful for the experiences that she shares with them for learning and development. Her understanding of the (IEP) Individualized Education Program process is an asset to her work, and she has helped many MCB Children’s Service Workers and VR Counselors who are new to their role.

"The best way to describe Mayanne is 'unstoppable'," said Kara Sittig, MCB Vocational Rehabilitation and Children's Services Supervisor in Region 3. "She is constantly figuring out ways how to best serve her clients/students – and even literally does not stop zooming around the office. She is fully invested in the clients/students she works with. She is known to go above and beyond and is an incredible advocate. Not only that, but I think she brings light and a sense of joy to the families she works with." 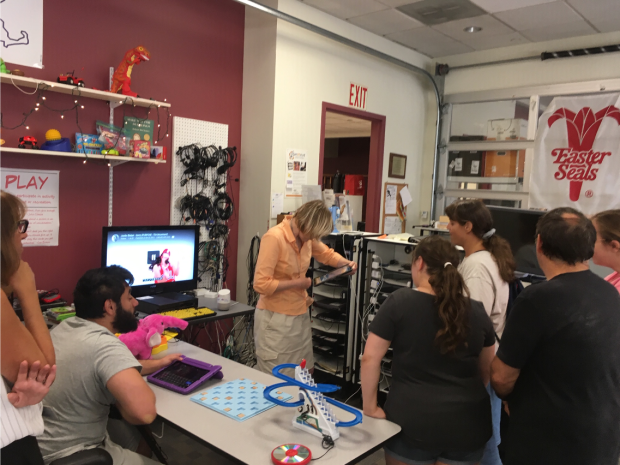 Mayanne said she is excited for the future of MCB and hopes that the development of new educational materials will benefit the individuals she serves. Recently, Mayanne helped to launch a Pre-ETS Best Practice Guide which is available in the form of a graphic novel called “The Quest for Independence.” She looks forward to sharing the resource with her peers in the school system in 2021 to reach and inspire children and teens ages 14 to 22.

Thanks for being a real-life superhero at MCB, Mayanne! We are grateful to you for sharing your talent, expertise, and passion with our community.