Abraham Lincoln’s Commitment to the Inclusion of Newcomers.

during Senate campaign against Stephen Douglas

Now, it happens that we meet together once every year, sometime about the 4th of July, for some reason or other. These 4th of July gatherings I suppose have their uses. If you will indulge me, I will state what I suppose to be some of them.

We are now a mighty nation, we are thirty—or about thirty millions of people, and we own and inhabit about one-fifteenth part of the dry land of the whole earth. We run our memory back over the pages of history for about eighty-two years and we discover that we were then a very small people in point of numbers, vastly inferior to what we are now, with a vastly less extent of country,—with vastly less of everything we deem desirable among men,—we look upon the change as exceedingly advantageous to us and to our posterity, and we fix upon something that happened away back, as in some way or other being connected with this rise of prosperity. We find a race of men living in that day whom we claim as our fathers and grandfathers; they were iron men, they fought for the principle that they were contending for; and we understood that by what they then did it has followed that the degree of prosperity that we now enjoy has come to us. We hold this annual celebration to remind ourselves of all the good done in this process of time of how it was done and who did it, and how we are historically connected with it; and we go from these meetings in better humor with ourselves—we feel more attached the one to the other, and more firmly bound to the country we inhabit. In every way we are better men in the age, and race, and country in which we live for these celebrations. But after we have done all this we have not yet reached the whole. There is something else connected with it. We have besides these men—descended by blood from our ancestors—among us perhaps half our people who are not descendants at all of these men, they are men who have come from Europe—German, Irish, French and Scandinavian—men that have come from Europe themselves, or whose ancestors have come hither and settled here, finding themselves our equals in all things. If they look back through this history to trace their connection with those days by blood, they find they have none, they cannot carry themselves back into that glorious epoch and make themselves feel that they are part of us, but when they look through that old Declaration of Independence they find that those old men say that "We hold these truths to be self-evident, that all men are created equal," and then they feel that that moral sentiment taught in that day evidences their relation to those men, that it is the father of all moral principle in them, and that they have a right to claim it as though they were blood of the blood, and flesh of the flesh of the men who wrote that Declaration, (loud and long continued applause) and so they are. That is the electric cord in that Declaration that links the hearts of patriotic and liberty-loving men together, that will link those patriotic hearts as long as the love of freedom exists in the minds of men throughout the world.

In the mid-19th century, the United States was divided not only by the issue of slavery but also by bitter controversy over immigration.   Hostility to Irish immigrants was expressed in racial terms, “Celts” were said to be impulsive and irrational, unlike “Saxons,” who were better behaved and more logical.  But religious rather than ethnic prejudice predominated, and the self-described “Know-Nothing” Party held that Catholics could not be true citizens of the American Republic.  They were loyal to the Pope, not the Constitution.   They were forever and irredeemably foreign, “unassimilable,” though the word was not used at the time.

In 1856, the anti-slavery Republican Party chose John C. Frémont, soldier, explorer, and one of the two senators from the new state of California, as its first candidate for President.  Frémont was born out-of –wedlock,  in Savannah, Georgia, to a French Canadian father and young married woman, wife of a wealthy Virginian.  The Know-Nothings insisted he’d been born in Montreal and raised Catholic.  To no avail, Republicans produced certificates of the baptism of his children, children of his wife, Jesse Benton Frémont, and thus grandchildren of the powerful Senator Thomas Hart Benton of Missouri, in a Protestant Episcopal church in Washington, DC.   Martin van Buren was elected President, and Abolitionists faced the future, opposed by both defenders of slavery and nativists.   Not surprisingly, such prejudice led to mob violence as well as political smears.

The Old South Church, a Protestant Chuch in Bath, Maine, was burnt in the summer of 1858 after its congregation rented the building to Catholic neighbors who had no other place to worship

Abraham Lincoln faced these fears and prejudices with unfailing courage and eloquence. Note that among the four places he mentioned from which immigrants have come to America he named two, France and Ireland, which in today’s idiom would be called “Catholic-majority” countries.     He believed an ”electric cord,” then a symbol of irresistible natural force, united all liberty-loving hearts.   What better message for the Fourth of July? 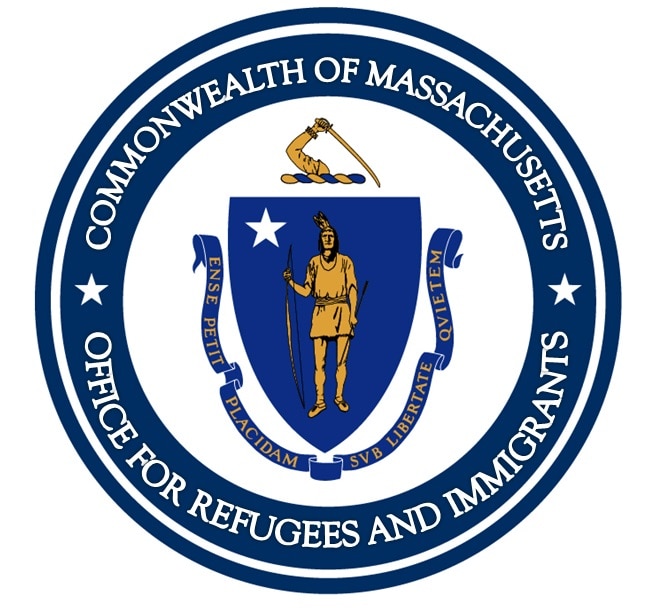 Office for Refugees and Immigrants

ORI supports services that meet cultural and linguistic needs of refugees and immigrants through a network of service providers in Massachusetts.
More

Office for Refugees and Immigrants