Chief Justice of the Trial Court 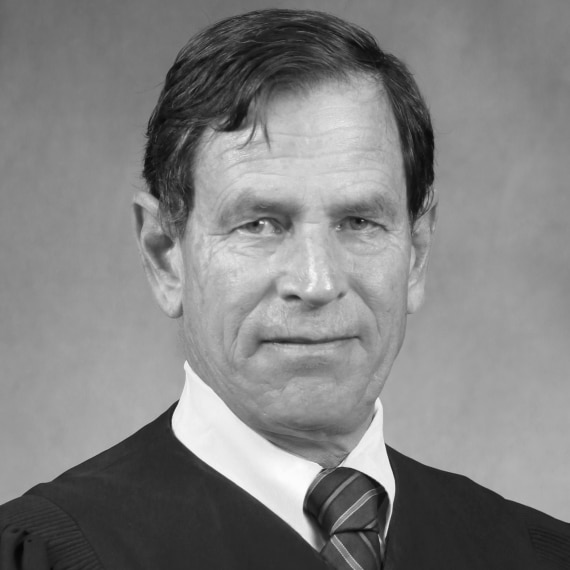 Hon. Jeffrey A. Locke is Chief Justice of the Trial Court.  He was appointed to this position by the Supreme Judicial Court effective January 19, 2022, after serving as a judge on the Superior Court since 2001.

Chief Justice Locke has served as chair of the Massachusetts Sentencing Commission since 2018. He was the regional administrative justice for criminal cases in Suffolk County from 2012 to 2015, and for all cases in Plymouth County from 2007 to 2011. He has served on several court committees, including the SJC Standing Advisory Committee on the Rules of Criminal Procedure; the Superior Court Committee on Sentencing Best Practices; and the Trial Court Fiscal Task Force.

Prior to Chief Justice Locke’s appointment to the bench, he served as Commissioner of the Department of Social Services from April 1999 to October 2001, initially in an interim capacity. He was District Attorney in Norfolk County from 1997 to 1999, following eight years as an Assistant U.S. Attorney, where he was the Deputy Chief of the Organized Crime Drug Enforcement Task Force from 1994 to 1997. Prior to that he worked in the Middlesex District Attorney’s Office, including three years as chief of the Public Protection Bureau.

Chief Justice Locke has taught Trial Practice at Boston College Law School since 2018, and previously taught at Northeastern School of Law. He received his law degree from Boston University and a bachelor’s degree from Georgetown University.