Through September 1, 2018 the MassDOT Accelerated Bridge Program has advertised 200 construction contracts with a combined construction budget valued at $2.43 billion.

Over the course of the program, well over 270 bridges will be rehabilitated or replaced, with many more improved for safety and preserved for extended lifecycle.

Of these 200 advertised construction contracts:

Active Project Listing as of September 1, 2018

This graphic depicts the overall ABP timeline and number of projects by current phase. The program is in its tenth year.

There are currently 200 projects included in the program, within these phases there are:

Not all of Massachusetts’ 5,000 plus bridges are eligible for Accelerated Bridge Program (ABP) funding. Approximately 600 bridges are under the control of revenue-generating agencies not eligible for ABP funds

This graphic shows ABP construction contractor jobs by county that were created or sustained through September 1, 2018, a total of 41,394. 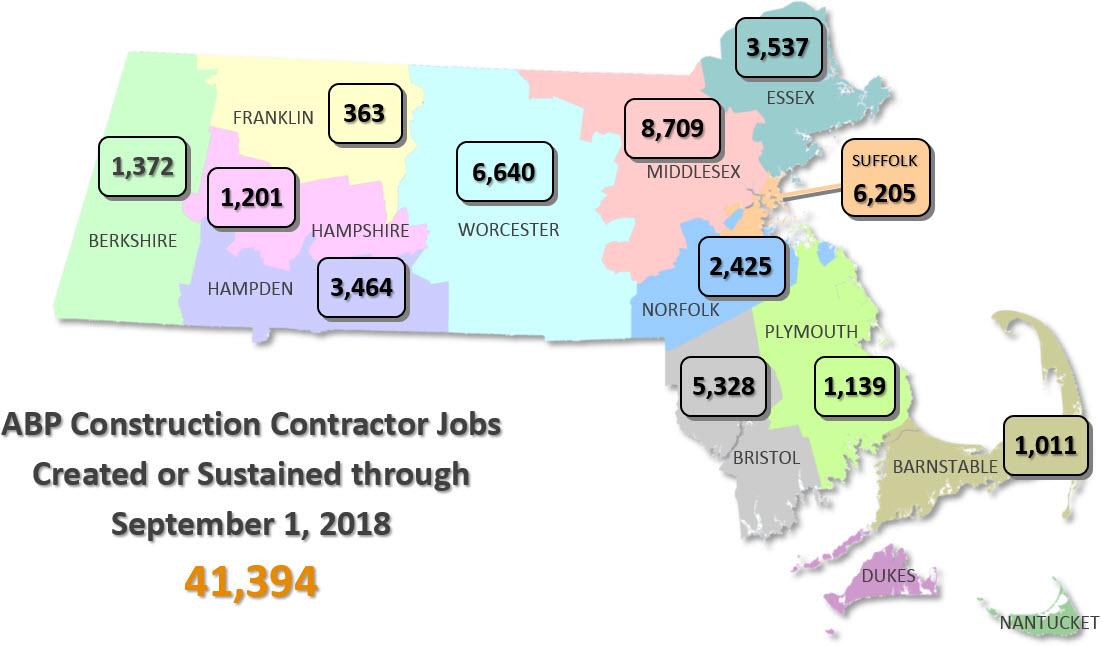 West to east across the Commonwealth: