This page, Associate Justice Kathryn E. Hand, is offered by 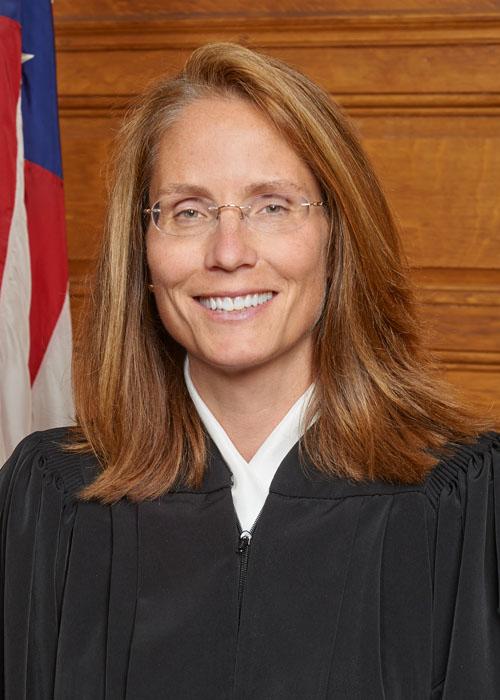 After her graduation from law school, Justice Hand began her career with the law firm of Esdaile, Barrett & Esdaile in Boston, where as an attorney her practice focused on complex civil litigation cases in the Massachusetts Superior and Federal District Courts.  She also spent a year as an assistant district attorney in Norfolk County, between 1995 and 1996.

Appointed in 2006 as an Associate Justice of the Massachusetts District Court sitting in Barnstable County Judge Hand was elevated to Presiding Justice in 2015.  Since 2013, Judge Hand served as Regional Administrative Justice for the Trial Court in Region 1, managing 24 judges and nine district court divisions. She also has served as Presiding Justice of the Appellate Division of the Southern District from 2015 until her appointment to the Appeals Court.

Justice Hand has served on numerous committees directed to the improvement of judicial administration.  She was a member of the Supreme Judicial Court Standing Advisory Committee on the Rules of Civil and Appellate Procedure, she chaired the District Court Debt Collection Working Group and served as Commissioner of the SJC Access to Justice Commission.  Justice Hand was also a member of the District Court Civil Proceedings Committee and has mentored newly-appointed District Court Judges as a New Judge Mentor for the Trial Court Judicial Mentorship Program.

Justice Hand has also been generous with her time for continuing legal and judicial education, having been a faculty member at numerous annual judicial conferences, led regional trainings for judges and clerks on civil and criminal matters, and presented as a panelist for several MCLE, Social Law, and Boston Bar Association lectures and trainings.  She also serves on the Board of Editors of the Massachusetts Law Review.