If You See Something, Say Something

The public can play an important role in maintaining safe communities and preventing terrorism. If you see something suspicious, report it to the police.

Eliciting or gathering information, such as a person questioning about building operations or security at a level beyond curiosity

Surveillance that goes beyond casual or professional interest such as repeat and/or prolonged observation, or someone taking notes and/or measurements

Who or what you saw

When you saw it

The "If You See Something, Say Something®" campaign respects citizens' privacy, civil rights, and civil liberties by emphasizing behavior, rather than appearance, in identifying suspicious activity.

Factors such as race, ethnicity, gender, and/or religious affiliation are not indicators of suspicious behavior. The public should only report suspicious behavior and situations (e.g., an unattended backpack or package, or someone breaking into a restricted area).  Only reports that document behavior that is a reasonably indicative of criminal activity related to terrorism will be shared with federal partners. 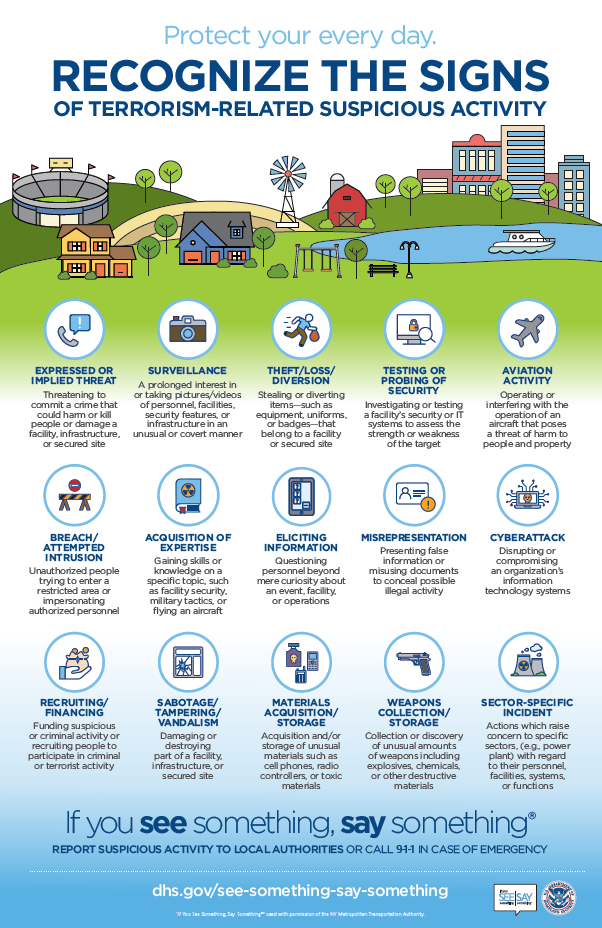 Thanks, your message has been sent to Massachusetts State Police!