This page, Squannassit ACEC, is offered by 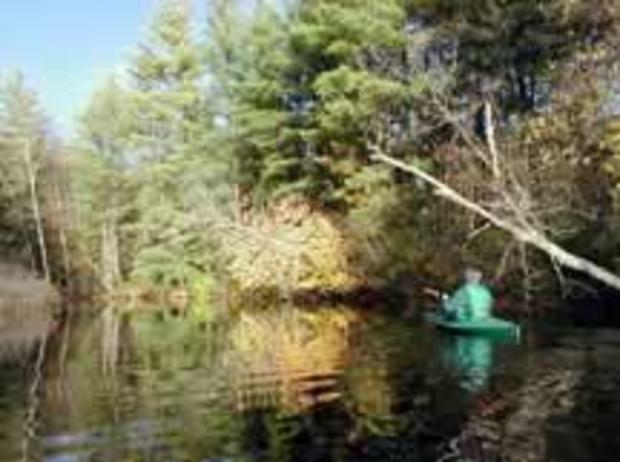 There are highly significant drinking water resources present within the ACEC, which include portions of several medium and high-yield aquifers and eight municipal wells and two public water supply facilities for the Devens Enterprise Zone (DEZ). There are 23 state-listed rare species known to occur within the boundaries of the Squannassit ACEC. According to the 2001 State BioMap about 46% of the Squannassit ACEC is BioMap Core Habitat and 33% is designated as Supporting Natural Landscape. There are 23 NHESP Certified Vernal Pools within the ACEC, as well as 369 Potential Vernal Pools as identified through photo-interpretation in the 2001 Massachusetts Aerial Survey of Potential Vernal Pools.

The area supports a remarkable richness of wildlife ranging from concentrations of rare and endangered species to deer, moose, fisher, bobcat, otter, and even occasional black bear. The Squannacook and Nissitissit rivers and 16 tributary streams are classified as cold water fisheries that support trout, including brown, brook and rainbow trout. These rivers were designated Outstanding Resource Waters for these fisheries. Approximately 80% of the ACEC is comprised of forest and farmland, and nearly 50% of the ACEC is comprised of protected open space and land under Chapter 61, 61A and 61B tax classification status. State-owned open space covers approximately 10,000 acres or 27% of the ACEC. The area contains unique and highly significant archaeological and historical resources, as well as scenic landscapes of statewide significance.

Outstanding Resource Waters (ORWs): The 2 rivers and 26 streams located within the Squannacook and Nissitissit sub-basins have been designated as Outstanding Resource Waters (ORW) pursuant to the Massachusetts Rivers Sanctuary Act of 1975 and the Massachusetts Surface Water Quality Standards (310 CMR 4.00). The land area of these ORW sub-basins is approximately 26,310 acres or 70% of the ACEC.

* Boundary Note: The final boundary includes Great Ponds and navigable rivers and streams as determined by the Massachusetts Waterways (or Chapter 91) Regulations (310 CMR 9.00), administered by the state Department of Environmental Protection. These Great Ponds and waterways will be included within the boundary of the Squannassit ACEC, but the effective date for these areas will be within a period of up to five years following the date of this ACEC designation. Further study and resource management planning for these water bodies is needed before they can be included within the boundary of the ACEC. See Squannassit ACEC designation document for more information.