This page, Wellfleet Harbor ACEC , is offered by 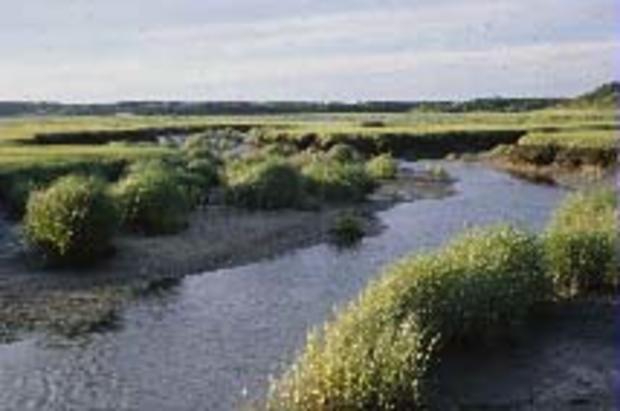 The Wellfleet Harbor ACEC was nominated by the Conservation Commissions, Boards of Selectmen, and Planning Boards from the Towns of Eastham, Truro, and Wellfleet and was designated as an ACEC in 1989 because of the area’s extraordinary natural resources. The boundary for this ACEC extends from Ryder Beach in South Truro southward to Sunken Meadow Beach in Eastham and generally follows the 10-foot contour line on the landward side and the Cape Cod National Seashore boundary on the seaward side.

Portions of the area have been designated by the Department of Conservation and Recreation as containing visual landscapes and cultural resources that place it in the top 5% of all landscapes in the Commonwealth (1982 Massachusetts Scenic Landscape Inventory). Important habitats within the ACEC boundary include largely unaltered barrier beaches, islands, marsh systems, salt and fresh water ponds, rivers, bays, and tidal flats. These areas provide flood control, storm damage prevention, improved water quality, wildlife habitat, and recreation opportunities to surrounding communities

What coastal resources are included (partially or entirely) in the ACEC?