An overview of the activities of the Bureau of Special Investigations in Fiscal Year 2019.
Skip table of contents

The fiscal year 2019 (FY19) Annual Report of the Bureau of Special Investigations (BSI) summarizes BSI’s work and initiatives to execute the Office of the State Auditor’s mission to make government work better. This is done through BSI’s statutory charge to investigate fraud, abuse, and illegal acts involving public assistance benefits throughout the Commonwealth. During FY19, BSI continued to investigate and identify fraud in order to maintain program integrity and uphold the Commonwealth’s residents’ faith in public assistance programs. BSI’s efforts ensure that public assistance programs operate with transparency so that benefits are available to residents who truly need them.

In FY19, BSI opened 5,369 new investigations and completed 5,787 total investigations. This report includes a comprehensive breakdown of the fraud identified within each program BSI investigates. Of the 1,077 completed cases with identified fraud, the average amount of fraud was $11,106.15.

Public assistance programs administered by the Department of Transitional Assistance (DTA), the Department of Early Education and Care (EEC), and MassHealth provide vital social services for the Commonwealth’s most vulnerable and disadvantaged residents—children, persons with disabilities, low-income individuals and families, and seniors. Statistical data on BSI cases from FY19 demonstrates that the cases BSI investigated most frequently involved allegations of undisclosed employment, a personal care attendant (PCA), or an unreported non-custodial parent in the home. By contrast, BSI investigated cases with allegations of undisclosed unemployment compensation or assets over the permissible limits the least. Looking at the cases BSI investigated during FY19 from a different perspective, the geographical statistical data shows that Suffolk, Hampden, and Bristol Counties generated the most allegations overall. Dukes, Franklin, and Hampshire Counties generated the least number of allegations. 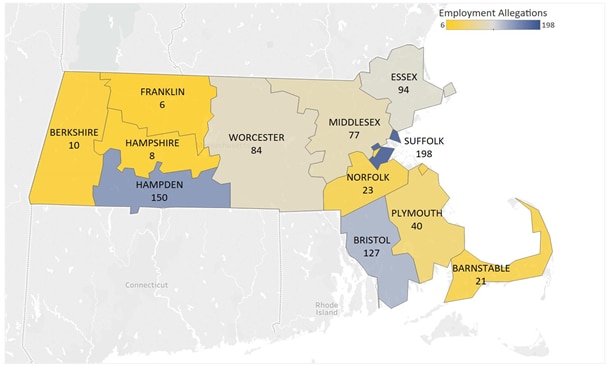 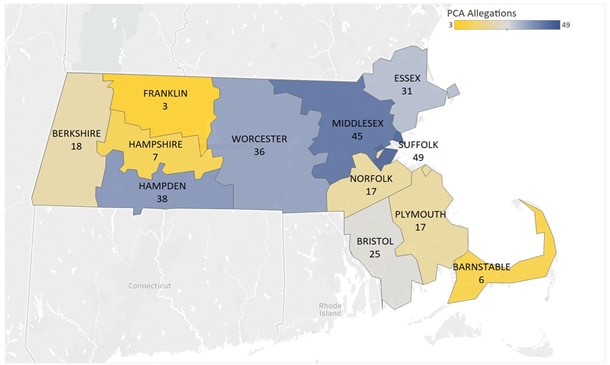 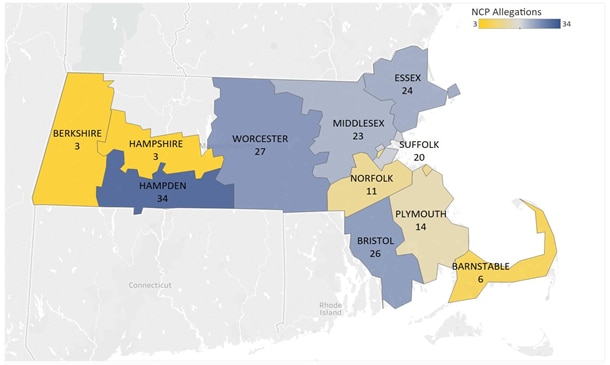 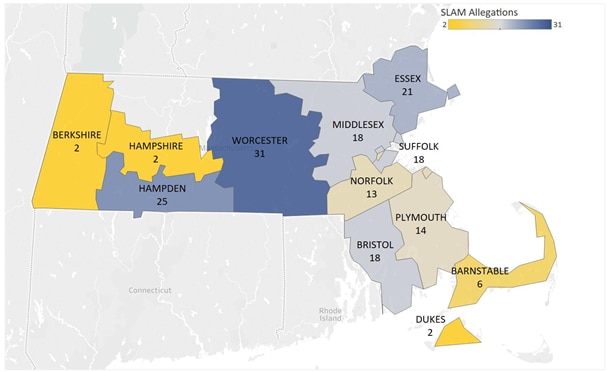