MassDOT Highway Division will be addressing the aging Sagamore and Bourne bridges as well as making improvements to the approaching roadway networks within the Cape Cod Canal area. Learn how you can get involved and make your voice heard.
Skip table of contents

A new gateway for the Cape

MassDOT Highway Division has started one of the most important transportation programs in the region: addressing the aging Sagamore and Bourne bridges and making improvements to the surrounding roadway networks. There are still many important factors under consideration, such as defining the Program's Purpose & Need and the development of bridge and roadway alternatives. The Cape Cod Bridges Program Team needs to understand your interests and concerns, especially as we make plans to address the impact of design and construction on commuters, travelers, and neighboring communities. Your involvement is crucial to the success of the Program – and the future of the Cape. 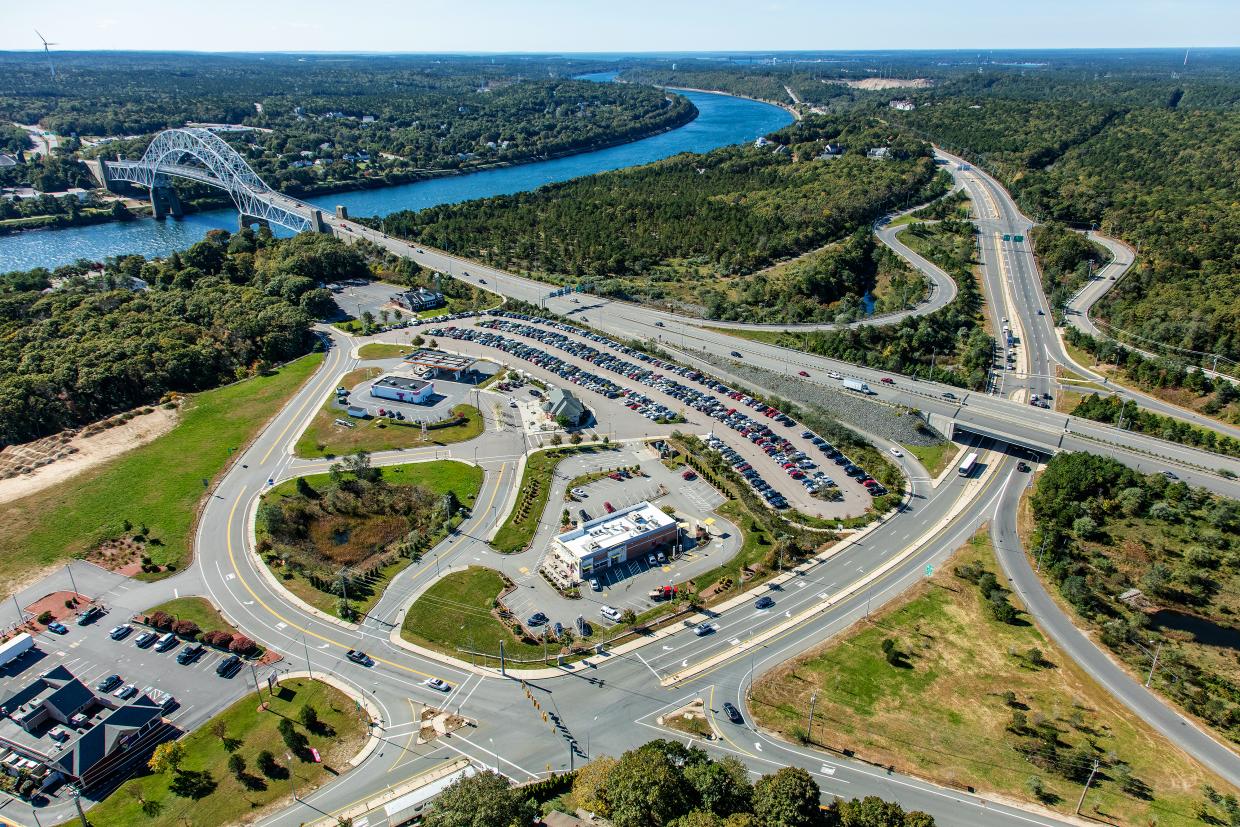 Where you can make your voice heard

Below is a list of upcoming steps that we'll be asking for the public to comment on. Your voice can help us give shape to these aspects of the program.

Where we are in the process

*There are many factors that will influence schedule, including but not limited to: identification of construction funding, determination of the National Environmental Policy Act (NEPA) Class of Action, public feedback, packaging of construction contracts and construction procurement methodology, and more. These timeframes are estimates and are subject to change, but are included here to outline the potential lifetime of the Program.

MassDOT is in the preliminary stages of program development, including data collection and public involvement and feedback. Your involvement is crucial to the success of this program. Below are some ways to get involved in the process.

Stay informed and actively involved by receiving program email updates and submitting comments to the MassDOT program team at the two links below.

Public meetings will be held throughout the program development process. Upcoming public meeting information will be posted to this site as they are scheduled, so check back here for the latest updates.

Access and respond to the polling questions asked at the Public Information Meetings held on 11/16/21 and 11/18/21.

History of the canal and bridges

When the Sagamore and Bourne bridges were built in 1933, they changed the relationship between the Cape and the rest of Massachusetts. They allowed for cars to travel, enabling Cape residents to access jobs on the mainland while simultaneously launching a new tourism industry. In many ways, the bridges are responsible for shaping the Cape that we know today. Visit the US Army Corps of Engineers New England District Website to read more about the Cape Cod Canal History.

Moving forward, the bridges must respond to today's needs and expectations, which includes being brought up to modern/standard code, improving travel operations, and accommodating alternate modes of travel, such as biking and walking.

The Bourne and the Sagamore bridges are vital to the economy of Cape Cod and the surrounding communities. Today, these bridges are nearly 90 years old, functionally obsolete, and no longer meet the needs of the traveling public, which prompted the following studies leading to the development of this Program.

This Program is a continuation of previous studies conducted by the Massachusetts Department of Transportation (MassDOT) and the U.S. Army Corps of Engineers (USACE) to evaluate the current condition and recommend improvements to the Cape Cod Canal bridges and approach roadway networks.

The purpose of the study was to determine whether major rehabilitation or replacement of the Bourne and/or Sagamore Highway Bridges would provide the most reliable, fiscally responsible solution for the future. The Study culminated in the Major Rehabilitation Evaluation Report (MRER) which was published in March 2020.

On April 3, 2020, an official decision was made by the U.S. Army Corps of Engineers (USACE) and the Assistant Secretary of the Army for Civil Works to replace the current Sagamore and Bourne bridges with two new bridges built to modern day standards.

Please note, MassDOT will be evaluating this recommendation in our own public process.

Memorandum of Understanding (MOU) between MassDOT and the USACE

On July 7, 2020 an MOU was reached between MassDOT and the USACE regarding the Sagamore and Bourne bridges. The below bullets outline the commitments of the MOU in the event that the bridges are replaced.

Thanks, your message has been sent to the Massachusetts Department of Transportation!