Learn about the background and overview of the Ipswich Targeted Watershed Project.

A watershed is the geographic catchment area for a body of water, such as a river, stream, lake, wetland, or estuary. All surface water (and most groundwater) within a given watershed flows downhill to the water body. As water bodies drain one to another, smaller watersheds are often nested within larger watersheds. All land area is part of a watershed, because all land drains eventually to a water body.

The Ipswich River winds 45 miles from Burlington, Massachusetts, to Plum Island Sound in the town of Ipswich. The Ipswich River watershed (all the land, streams, ponds, and wetlands that drain to the Ipswich River) is 155-square-miles and encompasses all or part of 21 communities. The watershed has been an economic and ecological asset within northeastern Massachusetts since pre-colonial times. The river supports productive fisheries and shellfish beds and for over a hundred years has powered shipbuilders, tanneries, and textile mills. The streams and aquifers in the watershed also provide drinking water to hundreds of thousands of people both within and outside of the watershed boundaries.

But the Ipswich River and its tributaries are in trouble. American Rivers, a national rivers protection organization, named the Ipswich River one of the most endangered rivers in the country. This designation reflects the severe reductions in flow the river has experienced, particularly since the mid-1990s. Since then, long sections of the river have dried up altogether, several times.

Where is the Water in the Ipswich Going?

High water demand, the pumping of water out of the watershed, and changes in land use have all contributed to low-flow conditions in the Ipswich River watershed. The diagram above shows what happens when forest land is converted into to urban development. More rainfall runs directly off the hard urban surfaces like pavement and rooftops into nearby streams (runoff), and quickly out to the ocean. Less rainfall soaks into the ground (infiltration) to serve as a source of slow, sustained flow into the streams and river. This leads to more floods during rain storms and lower river flows between rain storms.

The Massachusetts Department of Conservation and Recreation (DCR) received a $1.04 million grant from the U.S. Environmental Protection Agency’s Targeted Watersheds Grant program to demonstrate an integrated approach to addressing the problems facing the Ipswich River. This approach encompassed two strategies:

These demonstration projects were located in eight communities within the Ipswich River watershed, shown in green below. 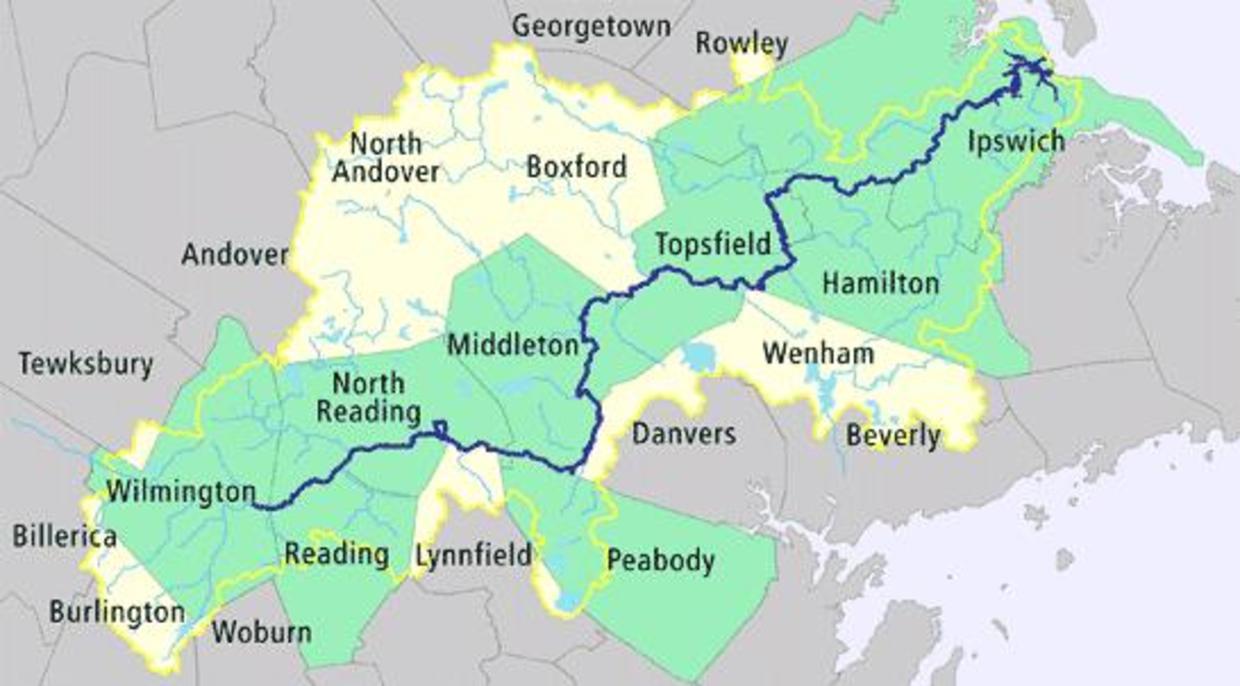