Find information on this topic from the Massachusetts Office of Coastal Zone Management (CZM).

A vertical datum is a reference system used by surveyors, engineers, and mapping professionals to measure and relate elevations to the Earth's surface. Using a fixed reference point as a baseline (i.e., a zero elevation point), elevation values can be consistently measured and compared among various maps and surveys. The North American Vertical Datum of 1988 (NAVD 88) is the official vertical datum of the United States, having superseded the older National Geodetic Vertical Datum of 1929 (NGVD 29). Both NAVD 88 and NGVD 29 are geodetic datums, a reference surface of zero elevation to which heights are referred to over a large geographic extent.

Elevation values from maps using different vertical datums (e.g., NGVD 29, NAVD 88, MLLW, and MHHW) are not directly comparable because they are based on different frameworks and starting (or zero) points. For a depiction of various vertical datums and their elevation differences at a particular location, see the figure below. Tools such as those found on the NOAA National Geodetic Survey and the Office of Coast Survey websites can be used to convert elevation values between datums. For additional information, see NOAA’s National Geodetic Survey Vertical Datums web page. 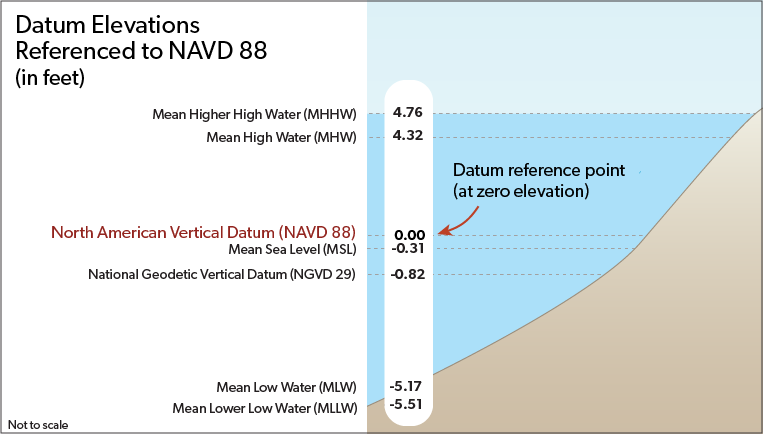 Figure 1. A comparison of common datums relative to the NAVD 88 datum at the NOAA tide gauge station in Boston (station ID 8443970). The different datums have different relative zero elevation points (the starting points from which elevations are measured).