Learn more about safety on the roadways for non-motorists.

For the past five years, 55% of fatalities occurred between October and March. Pedestrian fatalities tended to occur more frequently during colder months than warmer ones. Factors include less daylight, affecting visibility, and lack of sidewalk access due to snow and ice. 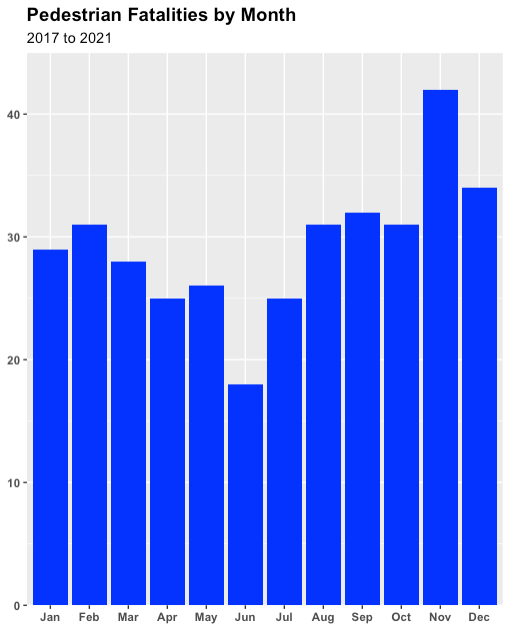 Over 40% of pedestrian fatalities occurred between 5 pm – 10 pm, with 8-9 pm accounting for 11% of the fatalities during that time frame. This time frame is typically associated with ‘rush hour’ and evening activities such as walking and running. 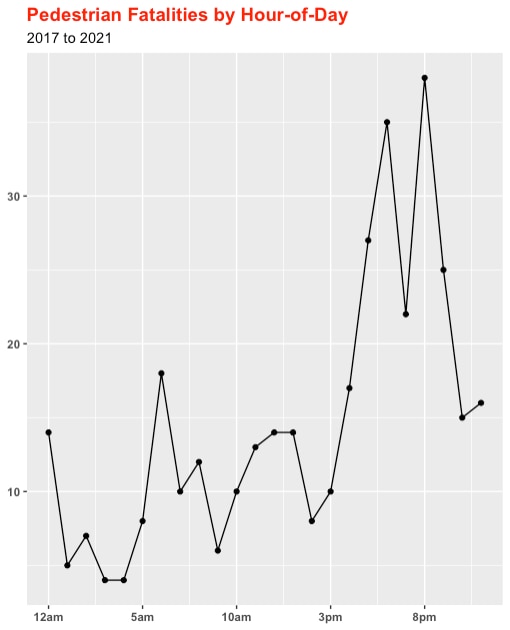 For the past five years, the average age of pedestrian fatalities has risen each year. Over three-fourths of deaths were age 35 or older, while fatalities among those under 25 years of age accounted for only 10%. 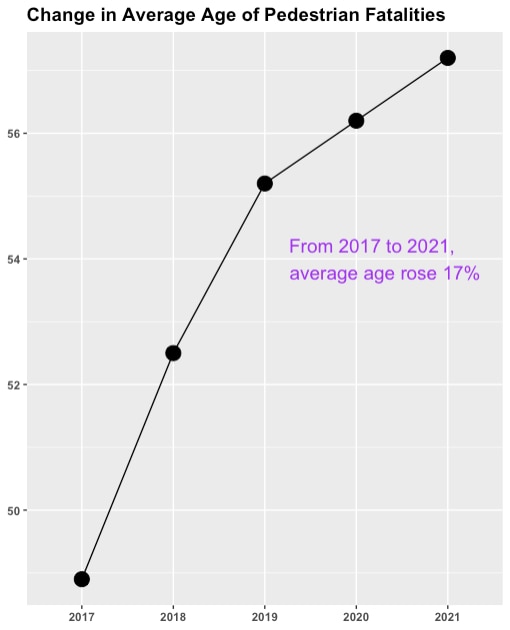 While this increase may seem troublesome, it is in line with the changing demographics of Massachusetts over the previous decade (2010-2019). Census totals show that the population of residents age 45 or older has increased by over 10% since 2010, while the younger population (age 24 or under) has declined by 3%. The most explosive growth came from the 65+ crowd, with an increase of 30% from 2010 to 2019. 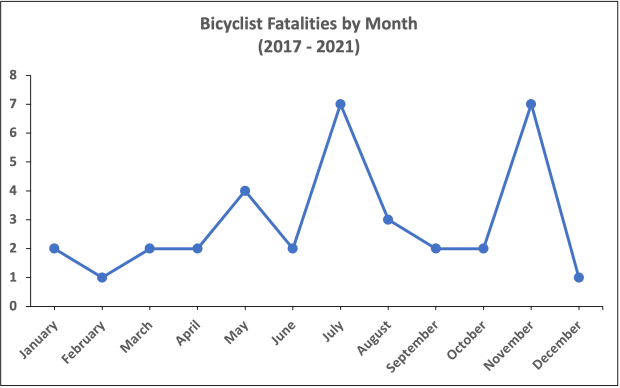 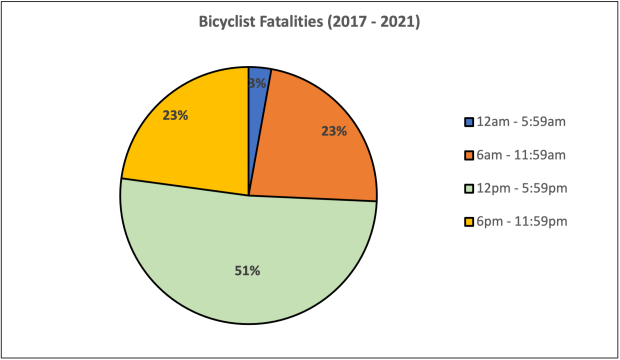