This page, Petapawag ACEC , is offered by 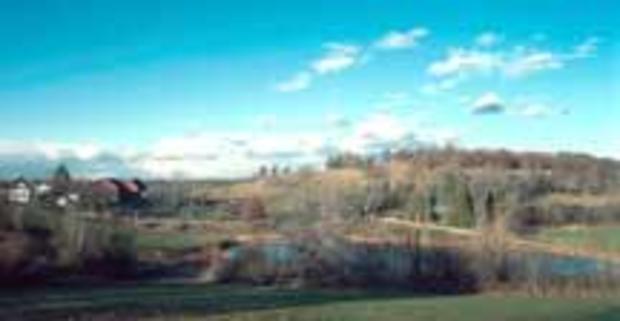 Sixteen state-listed rare species are known to occur within the boundaries of the Petapawag ACEC. According to the 2001 State BioMap project, approximately 54% of the Petapawag ACEC is BioMap Core Habitat, and approximately 15% of the ACEC is designated as Supporting Natural Landscape. There are 15 State-Certified Vernal Pools within the ACEC, as well as 332 Potential Vernal Pools as identified through photointerpretation by the 2001 Massachusetts Aerial Survey of Potential Vernal Pools. There are also important community drinking water resources present within the ACEC.

The area contains unique and highly significant archaeological and historical resources, as well as scenic landscapes of statewide significance. There are three state-listed Historic Districts located in Groton. These Historic Districts are part of or are surrounded by scenic landscapes included in the 1982 Massachusetts Scenic Landscape Inventory prepared by the Department of Environmental Management (now the Department of Conservation and Recreation). Several clusters of drumlins, mostly located in a north-south line through the central portion of Groton, are additional unique and distinctive features of the ACEC. Nearly 30% of the ACEC is comprised of protected open space and land under Chapter 61, 61A and 61B tax classification status.

* Boundary Note: The final boundary includes Great Ponds and navigable rivers and streams as determined by the Massachusetts Waterways (or Chapter 91) Regulations (310 CMR 9.00), administered by the state Department of Environmental Protection (DEP). These Great Ponds and waterways will be included within the boundary of the Petapawag ACEC, but the effective date for these areas will be within a period of up to five years following the date of this ACEC designation. Further study and resource management planning for these water bodies is needed before they can be included within the boundary of the ACEC.