This page, Sample Landscape Plan for a Coastal Bank, is offered by

Planting a buffer of native plants between your house and the shore can stabilize soils, protect water quality by filtering sediments and pollutants, and provide habitat and food for wildlife. When these plants replace lawn, you can also save water, reduce fertilizer and pesticide use, and cut down on maintenance time and effort.

Unless otherwise noted, all plants in the landscape plan, landscape profile, and plant list below are native to Massachusetts (see the definitions for native and non-native species at the bottom of this page). For more detailed descriptions of each plant, see Grasses/Perennials, Shrubs/Groundcovers, and Trees.  For other coastal landscape plans, see Coastal Bank with an Existing Seawall and Coastal Dune. 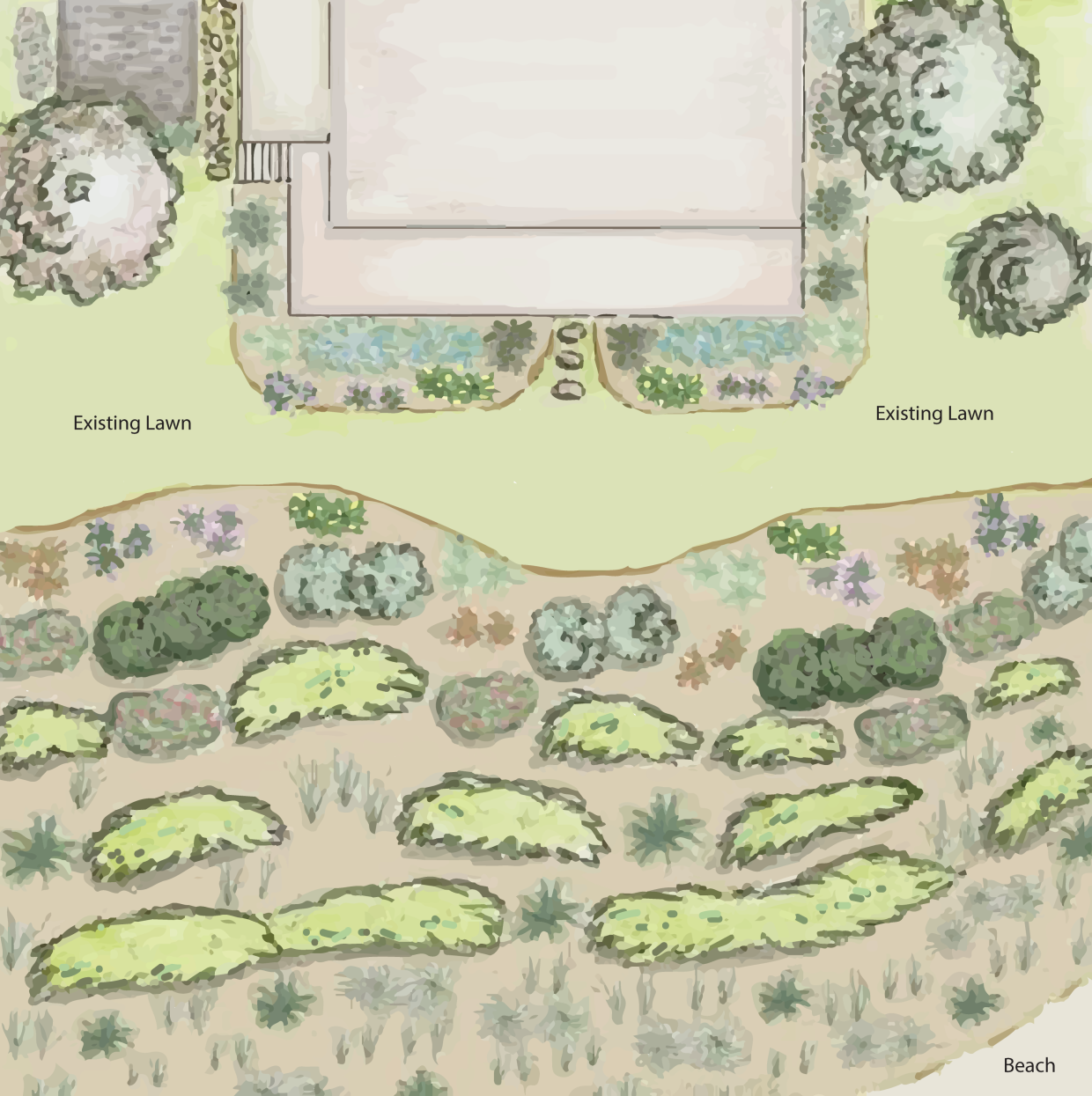 This design provides a wide buffer strip of native shrubs and grasses. It also includes a pervious-paver driveway and an irregular flagstone walkway that allow rain water to infiltrate into the ground, unlike pavement and other impervious surfaces. Reducing impervious surfaces can prevent runoff that may otherwise cause erosion of the bank (for details, see StormSmart Properties Fact Sheet 2: Controlling Overland Runoff to Reduce Coastal Erosion). Because coastal homeowners often want to maintain some lawn area, a lawn is included in the design. However, lawn grasses provide very little storm-damage protection and wildlife benefit. In addition, maintaining a lawn may actually worsen erosion problems when excess water from irrigation systems drains toward the bank or causes groundwater seepages to undermine bank stability. Lawn areas should therefore be kept as small as possible and permanent irrigation systems should not be used. 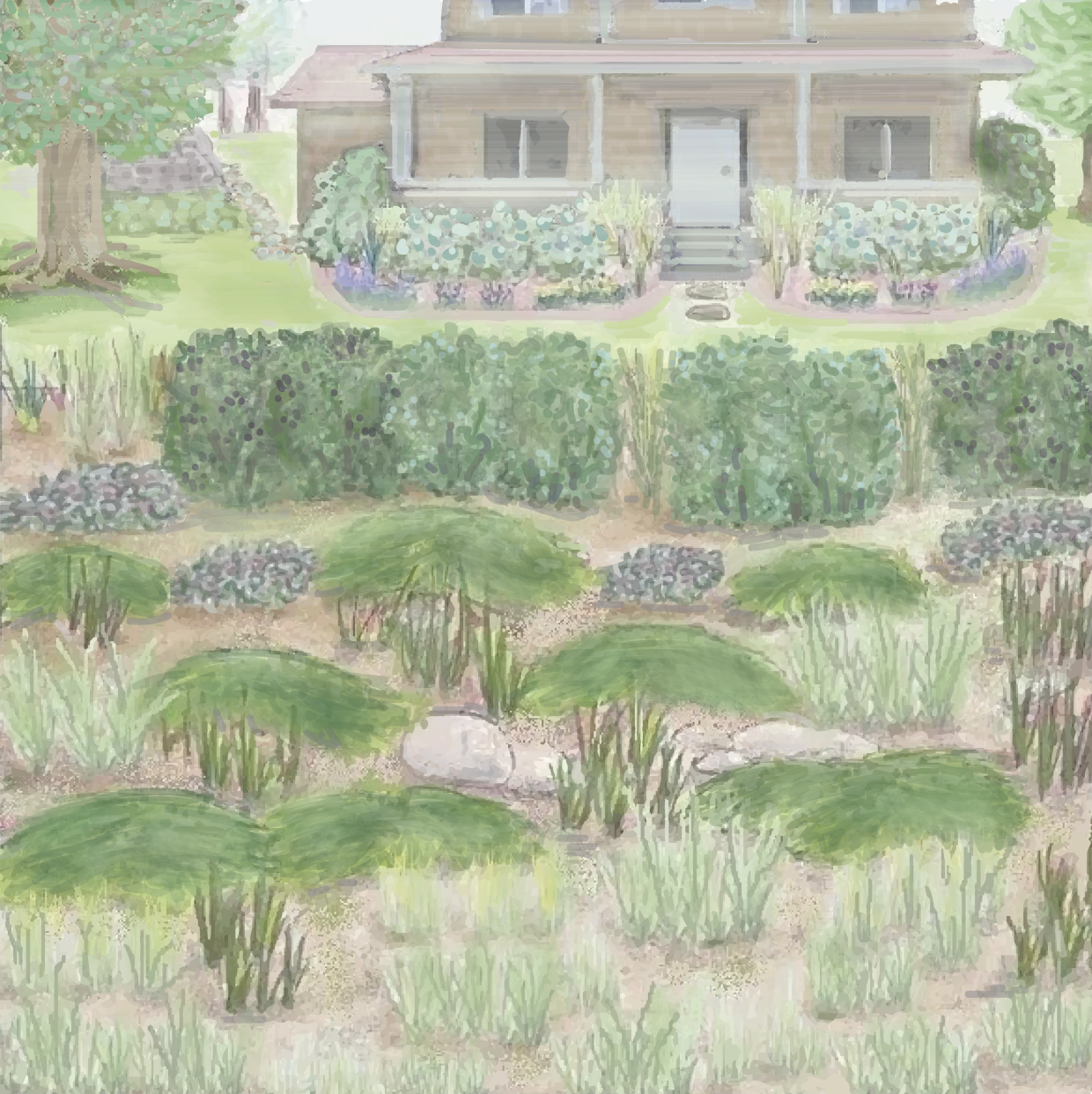 The plants in this design are well adapted to sunny areas and are resistant to dry conditions, wind, and salt spray. Some of the shrubs chosen, such as beach plum, will remain fairly small due the severity of the environment, yet if grown in high-nutrient soils, these shrubs can grow much taller (as much as 10-12 feet). Because most homeowners want to preserve coastal views, the smaller size of the shrubs is advantageous.