Boston — The Department of Public Utilities (DPU) today issued an Order opening an investigation into the role of local natural gas distribution companies in the future of the Commonwealth’s energy portfolio following the Baker-Polito Administration’s determination of net zero greenhouse gas (GHG) emissions as Massachusetts’ legal emissions limit for 2050. As part of the investigation, the DPU will assess the role of gas companies in ensuring a low-carbon future and explore strategies that enable the Commonwealth to achieve net zero greenhouse gas emissions while safeguarding ratepayer interests and securing safe, reliable, and affordable natural gas service.

“As the Baker-Polito Administration has committed to an aggressive goal of net zero emissions by 2050, this investigation will analyze the future role of natural gas as part of Massachusetts’ energy system,” said DPU Chairman Matthew Nelson. “The Commonwealth continues to lead the nation on climate change mitigation, and this Order will help assess how to best achieve deep emissions reductions while ensuring a safe, modern and cost-effective heating distribution system for Massachusetts ratepayers.”

The Order requires gas companies operating in Massachusetts to hire an independent consultant that will examine the various pathways for the companies to help the Commonwealth get to a net zero future. The consultant’s work will build on the Baker-Polito Administration’s 2050 Decarbonization Roadmap and the 2030 Clean Energy and Climate Plan, which will identify consistent and actionable strategies for the energy industry in the Commonwealth’s path to reduce emissions. The 2050 Roadmap and the 2030 Clean Energy and Climate Plan are both expected to be released by the end of 2020.

Following the completion of a report by the independent consultant, each company will use the analysis and stakeholder input to develop its proposal and plan for helping the Commonwealth achieve its 2050 climate goal. The consultant report is due March 1, 2022.

In its Order, the DPU provides multiple opportunities for stakeholder input as the companies develop plans to reduce GHG emissions.  The DPU will use the investigation to create a framework that protects customers as the Commonwealth works to achieve its target of net zero emissions by 2050.

On April 22, 2020, the Baker-Polito Administration issued its formal determination letter establishing net zero GHG emissions as the Commonwealth’s legal emissions limit for 2050.  Governor Baker announced the new net zero target during his State of the Commonwealth address in January. In 2018, the International Panel on Climate Change called for countries to achieve net zero emissions by mid-century in order to avoid the worst impacts of climate change.

To determine how best to achieve this emissions limit, the Administration launched its 2050 Roadmap, a nation-leading quantitative and qualitative planning effort that will chart multiple technical and policy pathways by which the Commonwealth can equitably and cost-effectively achieve net zero emissions by 2050, and will conclude with the publication of a long-range 2050 Roadmap report by the end of this year. The state’s 2050 Roadmap analysis will directly inform the state’s 2030 emissions limit, which will be set at the end of this year together with the publication of a second report, the 2030 Clean Energy and Climate Plan, detailing the Commonwealth’s plan to achieve that limit. 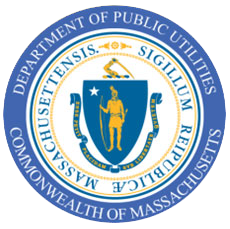