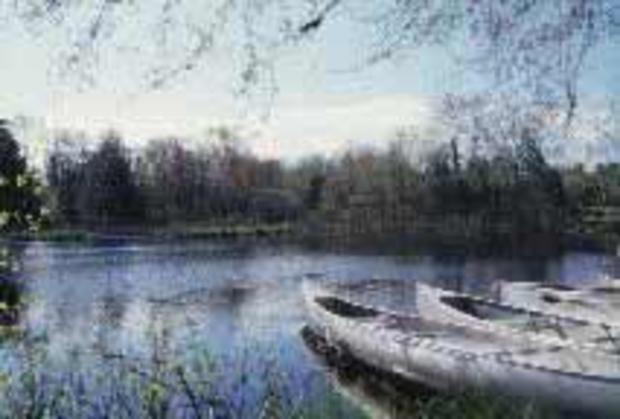 The Canoe River Aquifer, Snake River, Watson Pond and Lake Sabbatia Area of Critical Environmental Concern (ACEC) is approximately 17,200 acres in size. It is located within the Taunton River basin in six communities. The ACEC is generally defined by the Canoe River watershed basin and the underlying aquifer, which also connects to surface and ground waters in the Mulberry Brook and Snake River basins. The Canoe River Aquifer ACEC is located adjacent to the Hockomock Swamp ACEC, which is comprised of approximately 16,950 acres.

The Canoe River Aquifer ACEC is characterized by an extensive system of surface waters, wetlands, floodplains and high-yield aquifers. The aquifers are recharged with water percolating through the permeable soils of the area and provide high-quality drinking water to over 66,000 people in four of the towns located within the ACEC. There are ten municipal wells located in the ACEC and numerous private wells that draw from the aquifers.

More than a hundred rivers, brooks, streams and creeks, and the extensive wetlands and floodplains, support a rich and diverse habitat for wildlife. The upland portions of the area are a mix of open fields, deep woods, transitional woodlands, and over a thousand acres of productive farmland and cranberry bogs. There are occurrences of rare and endangered species, as well as increasingly rare Atlantic White Cedar swamps. The open space of the ACEC also includes approximately 3500 acres of municipal and nonprofit conservation and recreational lands. Rich archaeological and historic resources date back 7000 years and include Native American settlements, national historic districts, and colonial architecture.