offered by
Division of Fisheries and Wildlife

Residents can follow these tips to minimize crop and landscape damage from deer, as well as vehicle collisions. 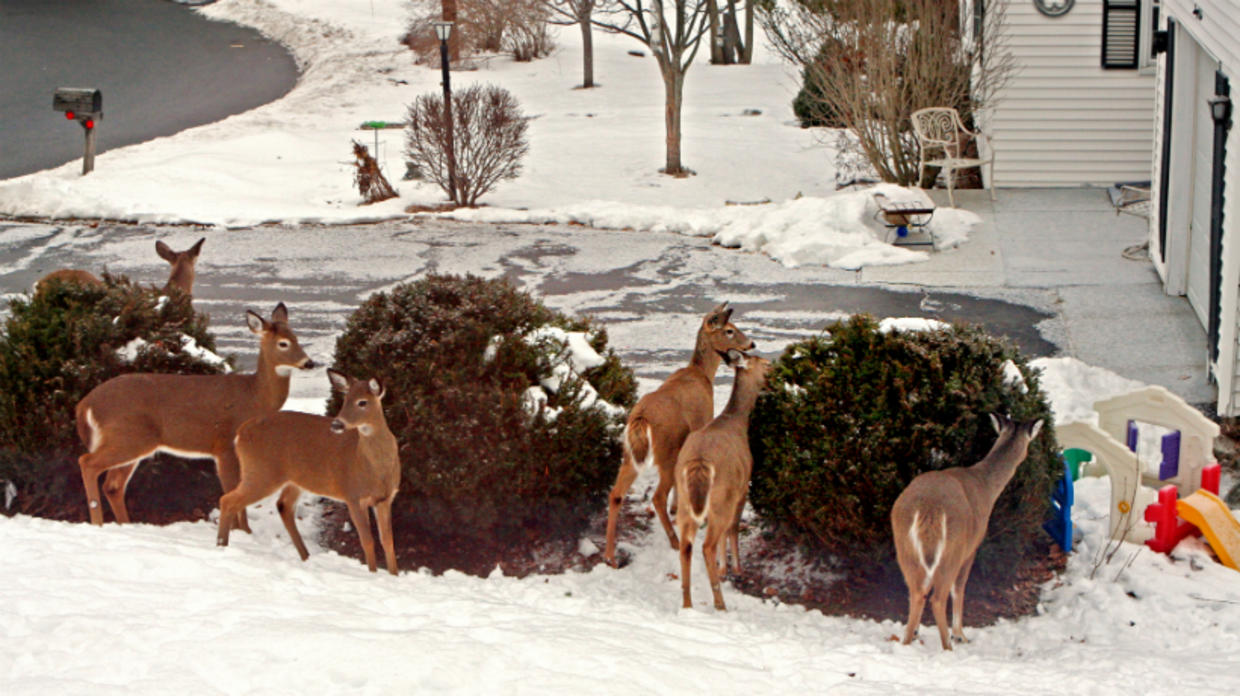 To be sure crop or plant damage was caused by deer, look at the vegetation. Deer lack upper incisors, so twigs browsed by deer look as though they were partially clipped, with a trailing, ragged edge. A twig that is neatly snipped off, with a clean, smooth cut, was probably eaten by a rabbit or woodchuck.

Fencing is the most effective long-term solution for managing deer damage at a small scale. A variety of different fence materials can be used. Fencing should be at least 8 feet high. Electric fencing is also an option, as deer quickly change their behavior to avoid the fence.

Scaring deer away from your property using loud noises, lights, or even a spray of water from a hose can make them wary and uncomfortable, but deer tend to come back at night. A motion activated sprinkler seems to be the most promising deterrent to keep deer away.

Commercial repellent sprays, human or animal hair, and urine may be placed directly on plants to repel deer; however, these repellents may reduce, but not entirely eliminate, deer damage and are often temporary.

White-tailed deer are crepuscular, meaning they are most active at dawn and dusk. In Massachusetts, deer breed between late October and early December. At this time, bucks are more active throughout the day than usual. Bucks often chase does across roads without hesitation, so drivers should be extra cautious and slow down during the fall.

If you find a young deer

Fawns are left alone by their mothers to not draw the attention of predators and are nursed every 2–6 hours during the first few weeks of life. Once old enough to outrun predators (about 6 weeks), they will spend more time with their mother. If you see a fawn, leave it alone. The mother will return when you leave.

White-tailed deer are an important and valuable wildlife species in Massachusetts for which a regulated hunting season (fall/winter) and management program have been established. Removing deer using safe, legal, regulated hunting is the best large-scale option to reduce deer numbers and reduce property damage. MassWildlife encourages landowners not interested in hunting to allow others to hunt on their property during the deer season.