Find out the current drought status in Massachusetts, as well as find past drought declaration maps.
Skip table of contents 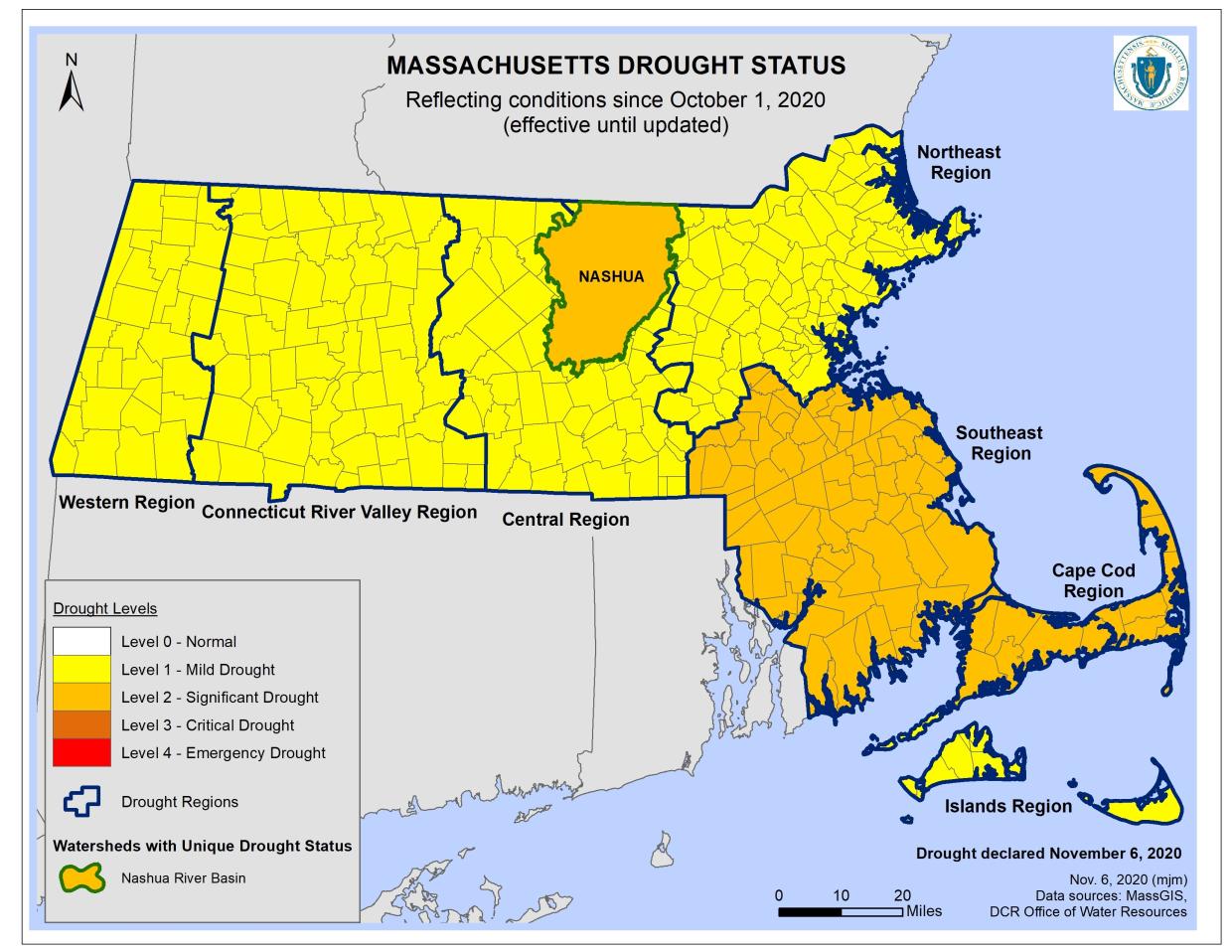 November 6, 2020 – Following relatively higher amounts of rainfall in the final weeks of October, Energy and Environmental Affairs (EEA) Secretary Kathleen Theoharides today declared that drought conditions have improved in most regions of the Commonwealth. In the Western, Connecticut River Valley, Central, Northeastern, and Islands regions, conditions improved to a Level 1-Mild Drought.

Responding to worsening conditions in the Nashua River basin, Secretary Theoharides declared a Level 2-Significant Drought in the watershed.

While conditions have improved, drought conditions are ongoing in every region of the Commonwealth, and the state continues to urge residents in every region across the Commonwealth to be mindful of the amount of water they are using, to be proactive in eliminating outdoor water use, actively reduce indoor water use, and to address plumbing leaks as soon as possible.

The drought declaration will remain in effect until water levels return to normal in the affected areas.

Past Drought Declarations Maps and History

The information in this drought history table dates to 2001, when the Massachusetts Drought Management Plan was developed in response to a period of deficient precipitation that began in 1999. The most severe drought of modern times was the drought of the 1960s, equivalent to a drought emergency. A less severe drought occurred in the early 1980s.