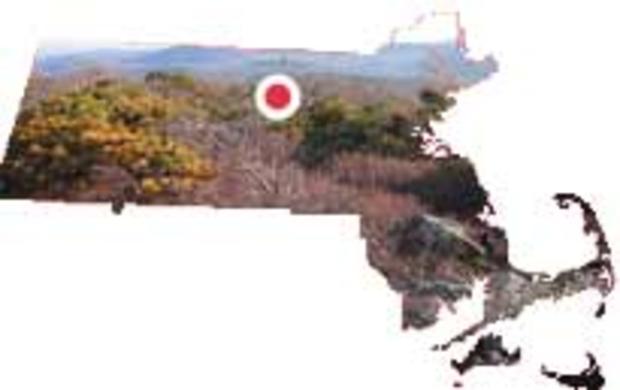 Mount Watatic, with an elevation of 1832 feet, has long been a popular destination for hikers and other outdoor enthusiasts who wish to experience the scenic views that are afforded in all directions from its summit. The Mid-State Trail and Wapack Trail are both long-distance hiking trails that traverse the Reservation property. The diversity of ecological features, including the bald summit, rocky outcrops, forested slopes, seeps and wet lowlands, abut additional lands managed by the DCR (a 211-acre block of Ashburnham State Forest) and the Department of Fish and Game (the 150-acre Watatic Mountain Wildlife Sanctuary and the 263-acre Ashby Wildlife Management Area). The abundant wildlife attracts national hiking, birding and conservation groups to the area. The summit is one of the best places in the northeast to view the annual hawk migration.

A proposed telecommunications facility on the summit of Mount Watatic and a proposed residential subdivision at the base of the mountain prompted the formation of a six-member partnership that resulted in the permanent protection in July, 2002 of approximately 281 acres of public conservation land. The partnership includes the Ashby Land Trust, the Ashburnham Conservation Trust, the Towns of Ashburnham and Ashby, and the Massachusetts Department of Conservation and Recreation (DCR) and Department of Fish and Game (DFG).

The acquisition would not have been possible without the Campaign for Watatic. Organized by the Ashby Land Trust, this local fundraising effort gathered an astounding $900,000 through donations received from hundreds of individuals, conservation organizations, corporations and foundations. Almost one-third of the funds required for acquisition came from a Land & Water Conservation Fund (LWCF) grant issued by the National Park Service and administered by the Massachusetts Division of Conservation Services. DCR and DFG acquired a 98% interest in the land, while the two land trusts and two towns acquired the remaining 2% interest, resulting in six partners owning the property.

In order to meet the obligations of the LWCF grant agreement, all partners participated in the organization of a management plan for the property. The Watatic Land Management Committee, composed of a representative and an alternate from each of the six partners, held a series of open committee meetings 2004 – 2006 to discuss management issues and to establish guidelines for partner cooperation and coordinated stewardship. The Management Committee sponsored a public meeting to review the draft plan on April 25, 2007. The DCR Stewardship Council formally adopted the Mount Watatic Reservation Resource Management Plan on January 4, 2008.