This guide has general information about Personal Income tax for Massachusetts part-year residents. It is not designed to address all questions which may arise nor to address complex issues in detail. Nothing contained herein supersedes, alters or otherwise changes any provision of the Massachusetts General Laws, Massachusetts Department of Revenue Regulations, Department rulings or any other sources of the law.

Note: Prior year Massachusetts Personal Income tax law changes can be found within the Form 1 and Form 1-NR/PY instruction booklet for any given year.

If you're a part-year resident with an annual Massachusetts gross income of more than $8,000, you must file a Massachusetts tax return.

You're a part-year resident if you:

Massachusetts offers all but the qualifying widow(er) with dependent child. Generally, if you claim this status federally, you qualify for head of household for Massachusetts.

Reporting on your original tax return

As a part-year resident, your exemptions are based on days you spent as a Massachusetts resident.

Multiply your exemptions by the Total Days as a Massachusetts Resident ratio (Form 1-NR/PY, Line 3). This ratio is the number of days you were a Massachusetts resident divided by 365 days.

If you have a short taxable year, you're only allowed the exemptions related to the number of days you spent as a Massachusetts resident divided by 365.

In addition to deductions that you will find on the Form 1-NR/PY itself, such as those allowed for FICA, Medicare, RR, U.S. or Massachusetts retirement, certain dependent care expenses, and the rental deduction, there is also a list of deductions that part-year residents are allowed to take on Form 1 NR/PY Schedule Y, more fully explained in the instructions.

Part-year residents may be allowed the following deductions on Schedule Y:

As a part-year resident, you may also qualify for certain personal income tax credits, which can reduce the amount of tax you owe.

See business-related credits you may be able to claim on your personal income tax return.

The Earned Income Tax Credit (EITC), or Earned Income Credit (EIC), benefits working families with low to moderate incomes. You're entitled to the EITC if you have Massachusetts source earned income and file a tax return, even if you don't owe any tax or aren't required to file.

You may be eligible for the credit if you:

You're not eligible for the EITC if:

To fill out your return:

Income tax paid to another state or jurisdiction

You're allowed a credit for taxes due to any other jurisdiction. The credit is available only on income reported and taxed on a Massachusetts return. Note that tax due is different from taxes withheld. For this credit, use the calculated tax due, not tax withheld.

This credit is allowed for taxes paid to:

This credit is not allowed for:

The credit is the smaller of:

If your Massachusetts Adjusted Gross Income (AGI) doesn't exceed certain amounts for the taxable year, you qualify for No Tax Status (NTS) and are not required to pay any Massachusetts income tax, but still need to file a tax return.

Adjusted gross income is gross income reduced by certain business expenses and other deductions claimed on Massachusetts Schedule Y, Lines 1 to 10, such as alimony paid or student loan interest, etc.  Except for Line 4, these are generally federal allowable deductions.

If you do not qualify for No Tax Status (NTS), but your Massachusetts AGI still doesn't exceed certain amounts, you may qualify for the Limited Income Credit (LIC), which may reduce your tax significantly.

Married filing separate taxpayers do not qualify for either NTS or LIC.

See if you qualify for NTS and LIC by completing Schedule NTS-L-NR/PY, No Tax Status and Limited Income Credit, Lines 1 to 11. Compute your Massachusetts adjusted gross income (AGI) as if you were a Massachusetts resident for the entire taxable year.

If you don't qualify for NTS, you may still be entitled to LIC. Fill out Lines 1 to 15.

View residential property credits you may be able to claim on your personal income tax return here.

Do you have a question about your tax account?

Log in to MassTaxConnect and send DOR a message.

You can send a secure e-message if you are registered with MassTaxConnect.

Do you need to register with MassTaxConnect?

On the upper right-hand side of MassTaxConnect's home screen: 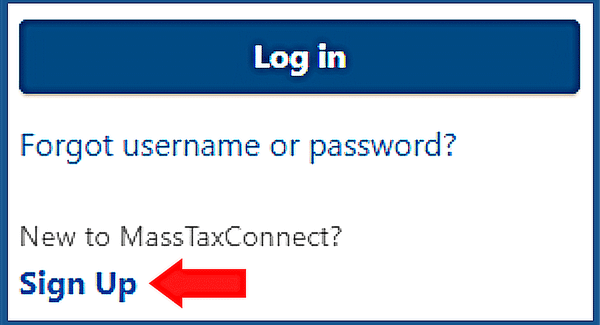 You may also register by clicking on Register a new taxpayer under Quick Links.

Do you need to change this page's language?

Visit How to Translate a Website, Webpage or Document into the Language You Want.