Learn about the appeals and death sentences related to the Sacco & Vanzetti trial.
Skip table of contents 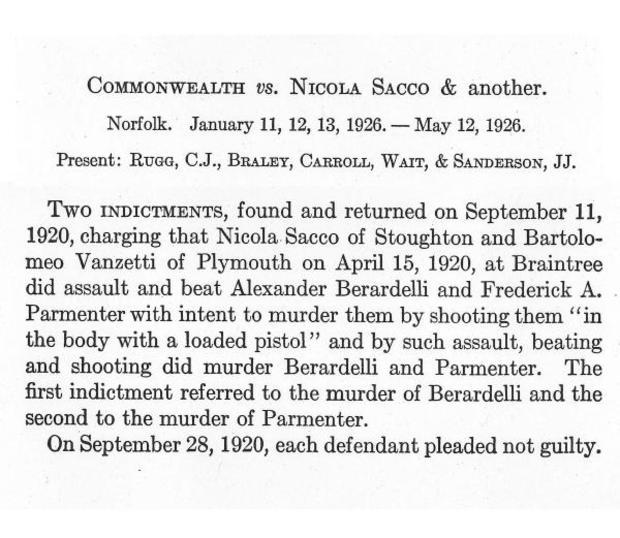 The second appeal, decided on April 5, 1927, affirmed Judge Thayer's denial of a new trial based on the Madeiros confession. The Supreme Judicial Court concluded that it would not disturb the trial judge's ruling, as it was not "vitiated by errors of law, or abuse of discretion." 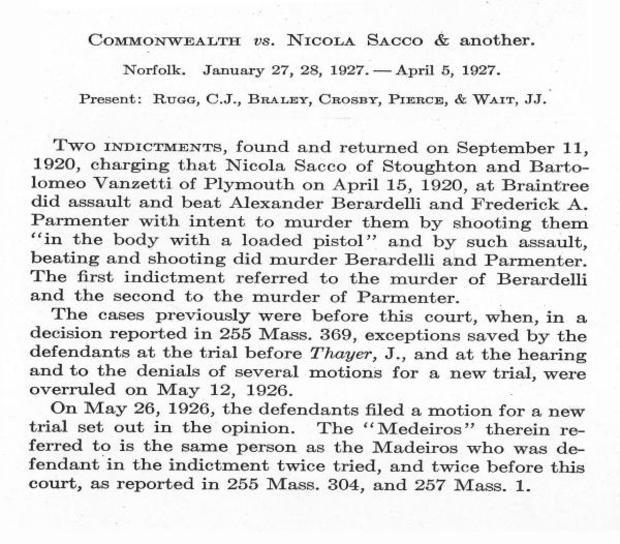 In the above photo are pictured five of the seven justices of the Supreme Judicial Court in 1925. From left to right: Justice Edward Pierce; Justice Henry Braley; Chief Justice Arthur Rugg; Justice John Crosby; and Justice George Sanderson.

Excerpt from Vanzetti's statement in court on April 9, 1927

Vanzetti wrote an appeal for clemency (Part 2) to Governor Alvan T. Fuller on May 3, 1927.  Sacco refused to sign the appeal.