Learn about the executions and funeral of Sacco and Vanzetti.
Skip table of contents

Sacco and Vanzetti were electrocuted at Charlestown State Prison on August 23, 1927.
(Madeiros was also electrocuted that same night for the murder of a bank cashier, a crime wholly unrelated to the South Braintree robbery and murders.) Because Sacco had been on a hunger strike his body had lost salt and water, elements that conduct electricity.  To compensate, he received a higher voltage than Vanzetti, as indicated on the certificate below. 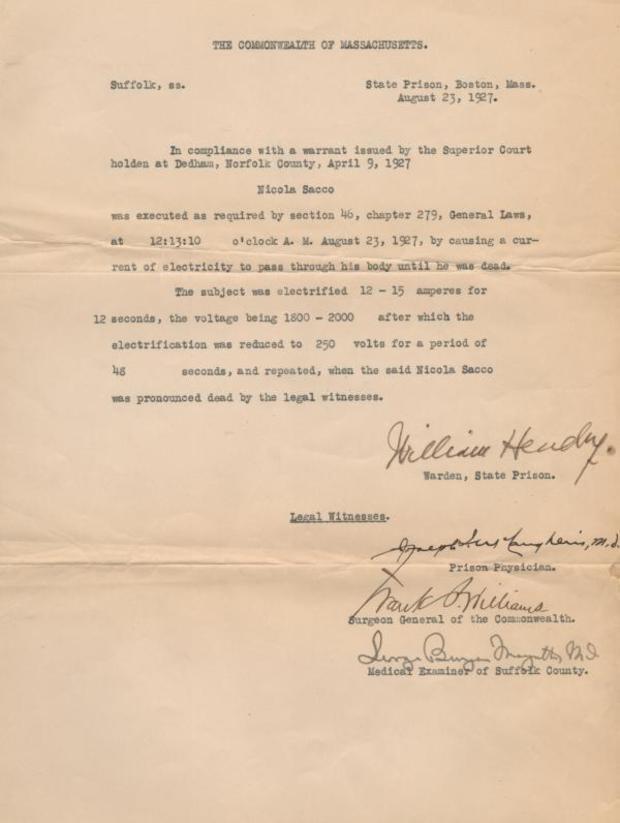 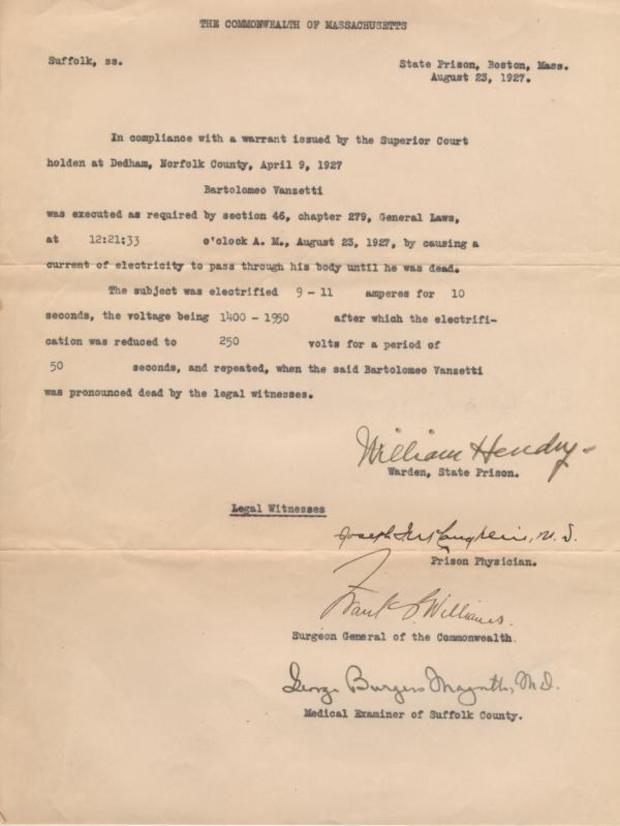 Funeral procession for Sacco and Vanzetti, August 28, 1927, viewed from Tremont Street in Boston. 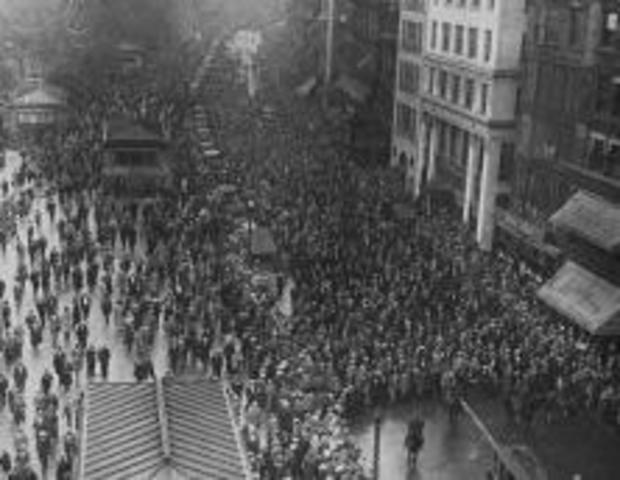 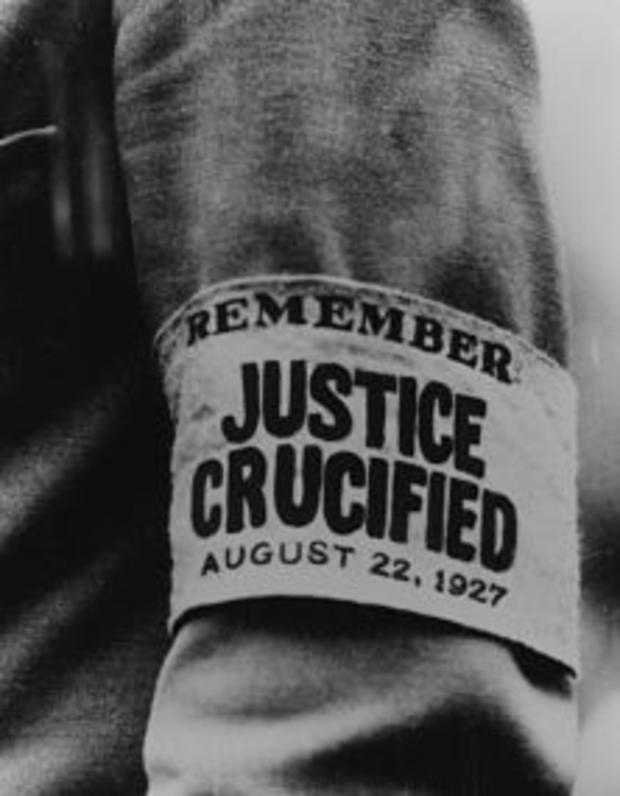 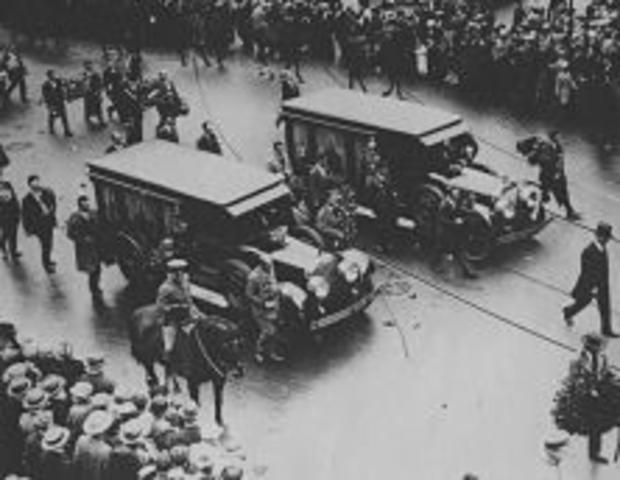