Learn about the investigation and arrest of Sacco and Vanzetti.
Skip table of contents

Chief Stewart set a trap. He learned that Buda's car was being repaired at a Bridgewater garage, and asked the owner to contact police when someone came to pick it up. When four Italian men came for the car on the evening of May 5, 1920, the garage owner's wife called police and warned the four men not to drive the car as it lacked current license plates.

Later that evening, police arrested two of the men, Nicola Sacco and Bartolomeo Vanzetti, on a streetcar in Brockton.

Two other men who also went to the garage were not detained. Buda, who was in hiding, did not resemble any of the robbers described by eyewitnesses. Orciani produced a time card showing that he was at work the day of the robbery.

Mug shots of Sacco and Vanzetti 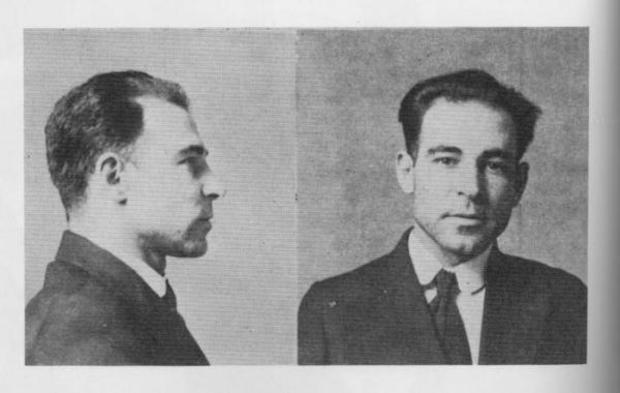 When arrested, Sacco carried a loaded .32 Colt automatic pistol; Vanzetti, a loaded .38 Harrington and Richardson revolver.  Sacco also possessed a notice in Italian of an upcoming anarchist rally at which Vanzetti was scheduled to speak.  This notice, translated, stated: 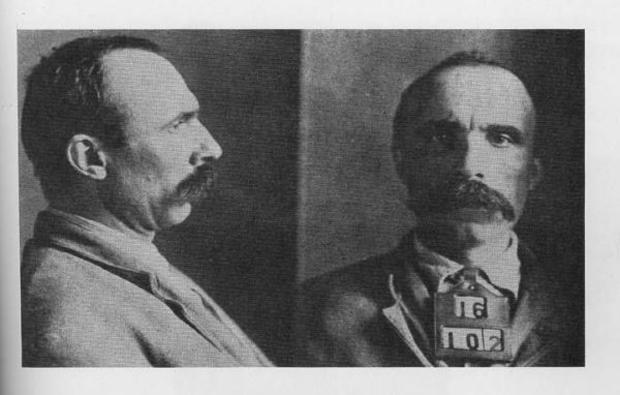 Fellow Workers, you have fought all the wars.  You have worked for all the capitalists.  You have wandered over all the countries.  Have you harvested the fruits of your labors, the price of your victories? Does the past comfort you?  Does the present smile on you?  Does the future promise you anything?  Have you found a piece of land where you can lie like a human being and die like a human being?  On these questions, on this argument, and on this theme, the struggle for existence, Bartolomeo Vanzetti will speak.  Hour__ Day__hall.  Admission free.  Freedom of discussion to all.  Take the ladies with you.

Both men lied during their interrogation at the police station, which focused on their possession of guns and their radical political beliefs.  Sacco and Vanzetti later said that they lied to hide their political activities. They believed they had been detained because they were aliens and anarchists.  Why did they believe this?

On May 4, 1920, the day before their arrest, Sacco and Vanzetti had learned of the May 3 death  of anarchist Andrea Salsedo while in federal custody.  Many believed--and newspapers reported--that Salsedo had provided incriminating information about fellow anarchists to the police.  Sacco, Vanzetti, and their companions intended to use Buda's car to dispose of evidence that linked them to anarchist activities. 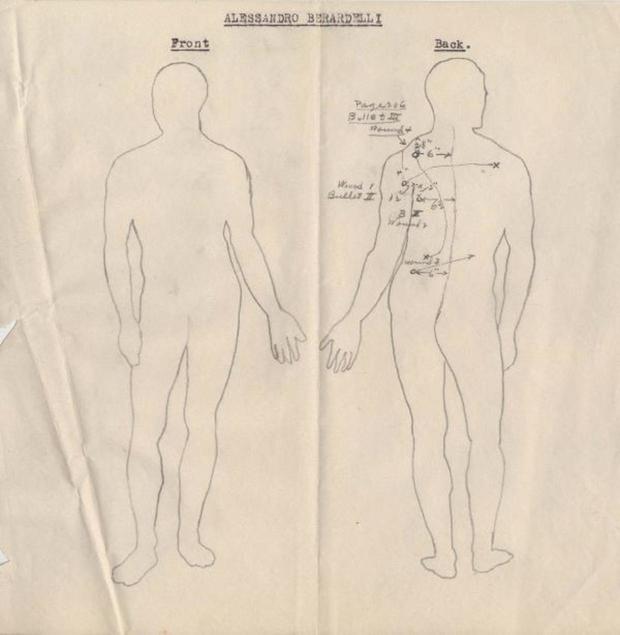 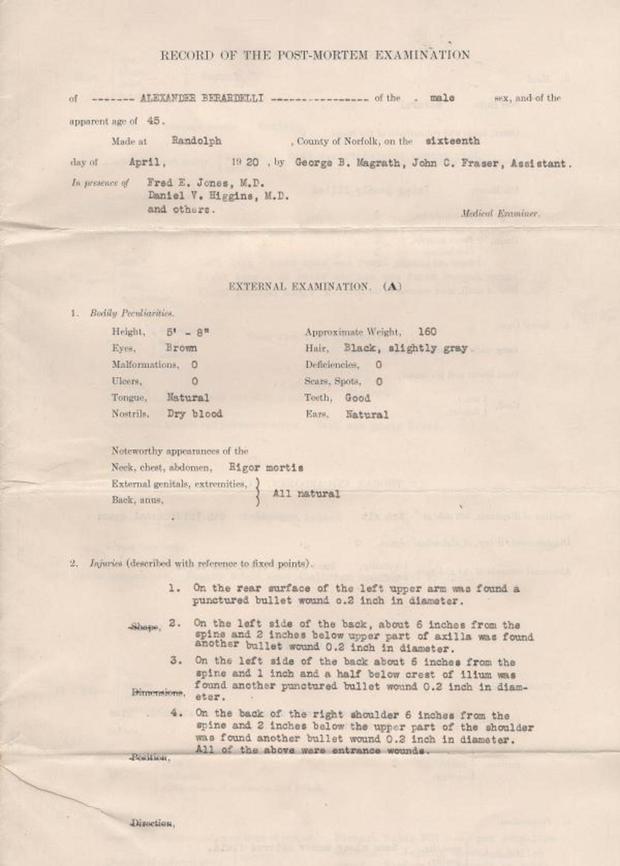