Learn about Judge Thayer's charge to the jury in the Sacco & Vanzetti trial.
Skip table of contents 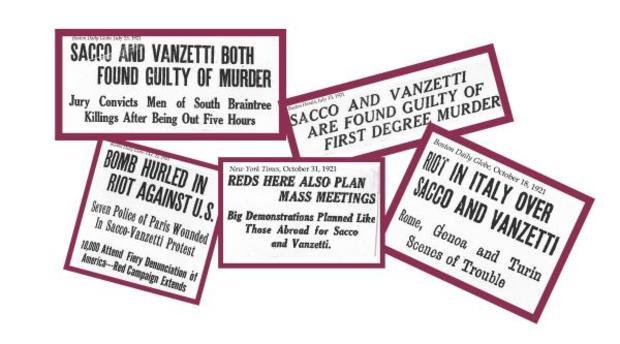 Judge Thayer began his instructions to the jury by stressing their "supreme American loyalty."

Mr. Foreman and gentlemen of the jury-you may remain seated-the Commonwealth of Massachusetts called upon you to render a most important service. Although you knew that such service would be arduous, painful and tiresome, yet you like the true soldier, responded to that call in the spirit of supreme American loyalty. There is no better word in the English language than "loyalty." For he who is loyal to God, to country, to his state and to his fellowmen, represents the highest and noblest type of true American citizenship, than which there is none grander in the entire world. You gentlemen have been put to the real test, and you have proven to the world, and particularly to the people of Norfolk County , that you truly represent such citizenship. For this loyalty, gentlemen, and for this magnificent service that you have rendered to your State and to your fellowmen, I desire, however, in behalf of both to extend to each of you their profoundest thanks, gratitude and appreciation.

Later in his charge, Judge Thayer instructed the jury that the Italian defendants were entitled to the same rights and consideration "as though their ancestors came over in the Mayflower."

On July 14, 1921, the jury found Sacco and Vanzetti guilty of robbery and murder. Demonstrations at home and abroad followed.