Learn about the Sacco & Vanzetti trial.
Skip table of contents

A Norfolk County grand jury indicted Sacco and Vanzetti for the Braintree robbery and murders on September 11, 1920.  The trial began in the Dedham courthouse on May 31, 1921.  Superior Court Judge Webster Thayer presided. District Attorney Katzmann was the prosecutor and Fred H. Moore was lead defense counsel. 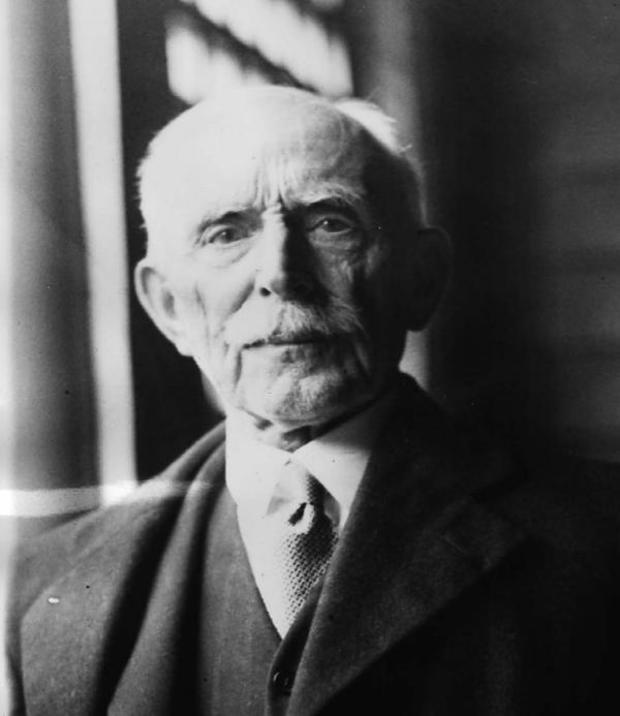 Judge Webster Thayer, born in 1857, was a graduate of Dartmouth College and a member of a prominent Worcester Family.  He was appointed a judge of the Superior Court in 1917.

In April, 1920, Judge Thayer presided at the trial of Segris Zakoff who was charged with advocating anarchy.  The jury returned a verdict of not guilty.  The Boston Daily Globe reported that Judge Thayer challenged the jury's decision.  According to the newspaper account, Judge Thayer's posed a series of questions to the jury, including:

"[D]id you take into consideration the testimony that was given here by the police officers, who testified that the defendant told them that he was a Bolshevist and that he believed in the overthrow of the Government?
[Upon the evidence] how did you arrive at the verdict that you announce?"

Bridgewater Police Chief Michael Stewart believed that the April 15, 1920 South Braintree robbery and murders were related to a failed payroll robbery attempt at a shoe company in Bridgewater on December 24, 1919.  In both cases, eyewitnesses reported seeing a gang of Italians who escaped in a car. At least one of the holdup men fired a shotgun.

A Plymouth County grand jury indicted Vanzetti for his role in the attempted Bridgewater robbery. That trial began on June 22, 1920. No indictment was sought for this crime against Sacco, as his employer's records proved he was at work the day of the attempted robbery in Bridgewater.

Judge Thayer presided at Vanzetti's trial. The jury convicted him, and Judge Thayer sentenced him to 12 to 15 years, a harsh sentence. Professor Felix Frankfurter subsequently wrote that "[t]he evidence of identification of Vanzetti in the Bridgewater case bordered on the frivolous."

Soon thereafter, Sacco and Vanzetti were indicted for the South Braintree crimes. 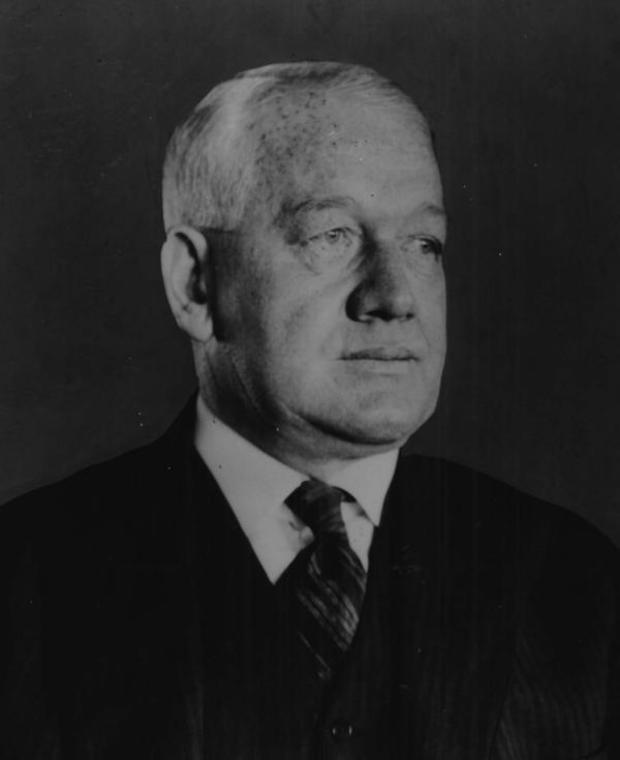 Prosecutor Frederick Katzmann appealed to the patriotism of the jury and the anti-immigrant sentiments then prevalent.  He extensively cross-examined Sacco and Vanzetti about their fleeing to Mexico in 1917 to avoid registering for the draft. Katzmann concluded his closing argument by urging: "Gentlemen of the jury, do your duty. Do it like men. Stand together you men of Norfolk." 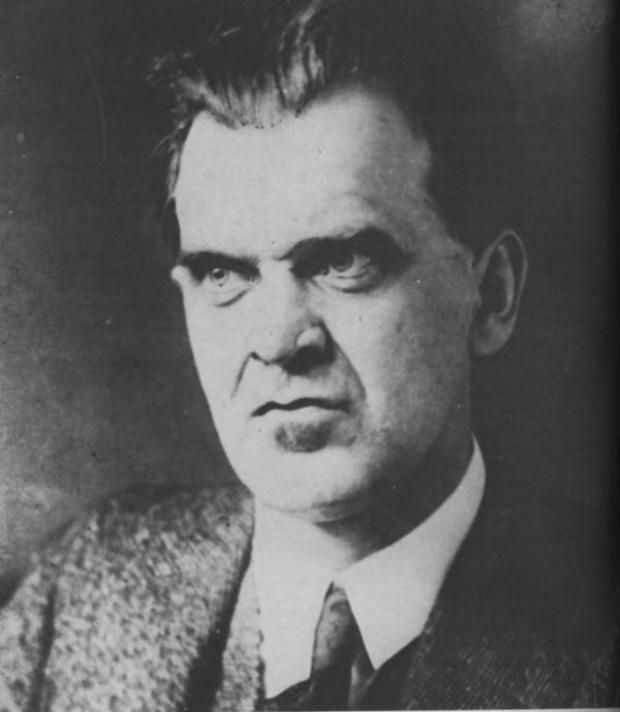 Anarchist Aldino Felicani founded the Sacco-Vanzetti Defense Committee in 1920. It raised funds from the Italian-American community, radical organizations, some labor unions, and other sympathizers. 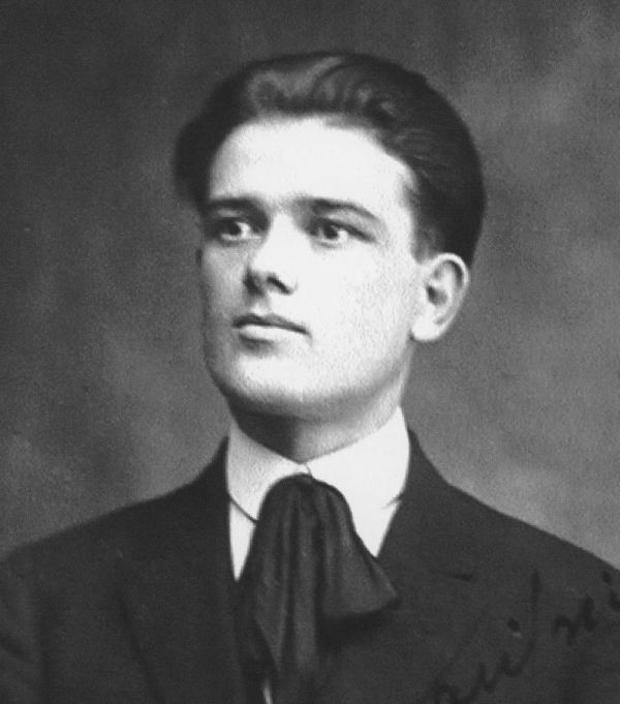 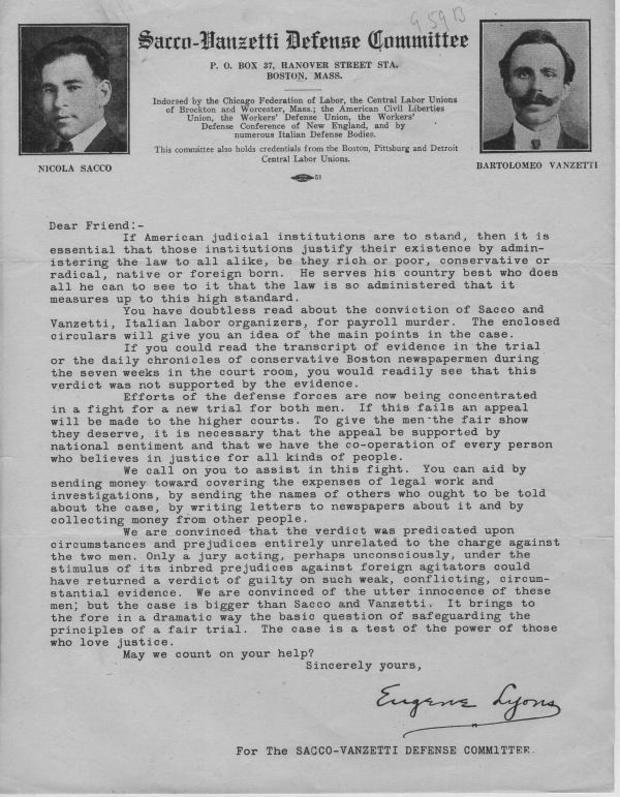