Learn about the proclamation resulting from the Sacco & Vanzetti trial.
Skip table of contents

On August 23, 1977, the 50th anniversary of the executions of Sacco and Vanzetti, Massachusetts Governor Michael S. Dukakis issued a proclamation declaring the date Nicola Sacco and Bartolomeo Vanzetti Memorial Day. After his review of the case persuaded him that Sacco and Vanzetti had not received a fair trial, Governor Dukakis called upon all "to reflect upon these tragic events, and draw from their historic lessons the resolve to prevent the forces of intolerance, fear, and hatred from ever again uniting to overcome the rationality, wisdom, and fairness to which our legal system aspires." Governor Dukakis issued this proclamation in English and Italian. 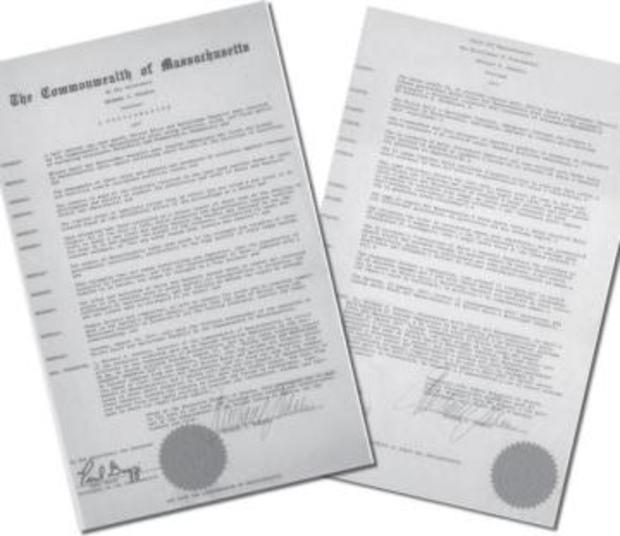 Sacco and Vanzetti memorial bas relief by sculptor Gutzon Borglum, creator of the Mount Rushmore presidential sculpture in South Dakota. This plaster casting was formally accepted by Boston Mayor Thomas Menino, who was accompanied by Massachusetts Governor A. Paul Cellucci, in 1997 on the 70th anniversary of the executions of Sacco and Vanzetti. (A Sacco and Vanzetti memorial committee had tried to present the sculpture to governors of Massachusetts and mayors of Boston in 1937, 1947, and 1957; each time, the sculpture was refused. The Dante Alighieri Society of Massachusetts arranged for the 1997 presentation.) Mayor Menino commented at the time: "The city's acceptance of this piece of artwork . . . is intended to remind us of the dangers of miscarried justice, and the right we all have to a fair trial." The sculpture is currently displayed in the Boston Public Library. 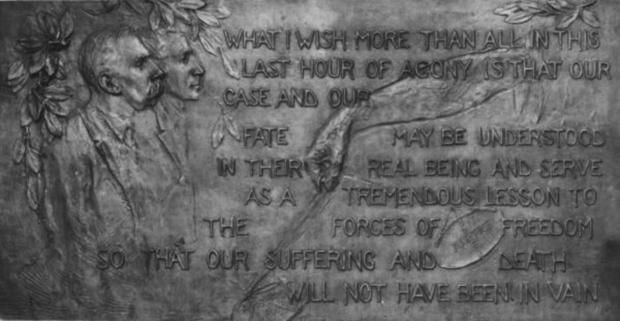